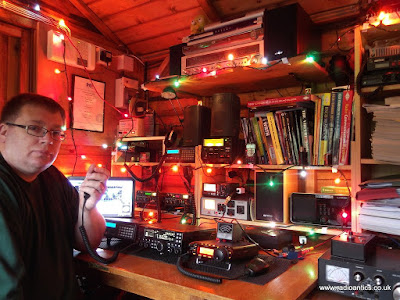 Not wishing to contend with an evening of dire XYL style Christmas TV (Strictly Come Dancing, Call the Midwife and Downton Abbey) I escaped into the shack and decided to repair my Vectronics VC300DLP Antenna Tuner. I got this ATU second hand last year and while it has been serviceable it had become temperamental of late. The units rotary inductor switch had become stiff and suddenly I was unable to match the OCFD on some bands so it had clearly broken.

I had a 12-position switch (rated at 5A) and knob, originally sourced for an abandoned project and hoped it would be suitable. The existing switch knob on the ATU wasn't an original, I'd assumed it had replaced one lost or broken. When I removed the cover it was clear that the whole switch had already been changed at sometime. 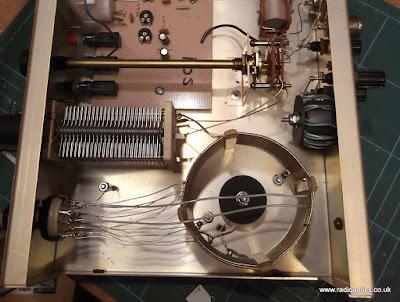 I also noticed a prominent burn mark inside the inductor coil, caused by a clear break in the insulation of the wire which was resting on the grounded bottom plate. 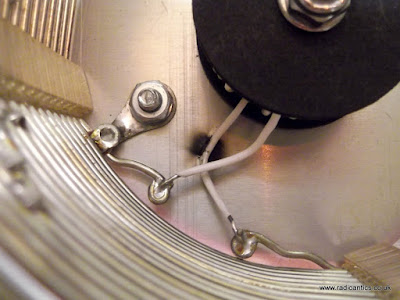 I know the previous owner of the ATU has a 300W RM BLA-350 linear amplifier, whereas I only normally operate around 30W maximum at my QTH, so not sure how much of this arcing I had caused but it needed sorting! A little over half an hour with the soldering iron and I had replaced the switch and slipped some heat shrink over the broken insulation and re-soldered the wire, lifting it off the ground plate. 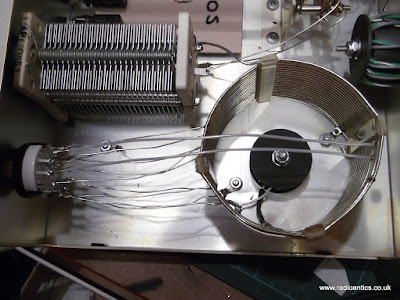 The ATU seems to work well, now fitted with a new knob (just missing a cap at the moment) the switch turns nicely. I also cleaned up the SO-239 connectors on the back as they were tarnished and oxidised. I used a small bit of contact cleaner on some cotton buds to clean up the threads and the centre pins, removing a surprising amount of crud. The patch and antenna leads now screws on much better. 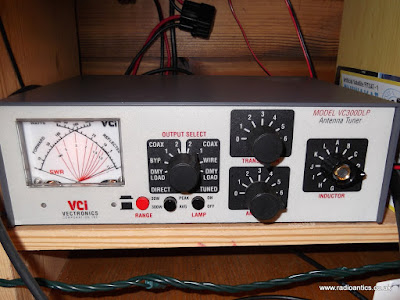 With the Mother--in-law staying with us over the festive period I suspect I may be in the shack quite a bit, I have plenty of jobs and half finished projects to keep me busy!
Andrew Garratt, MØNRD, is a regular contributor to AmateurRadio.com and writes from East Midlands, England. Contact him at [email protected].