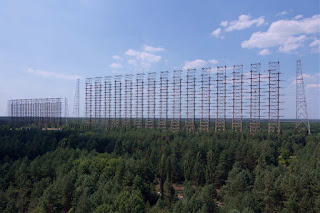 It's somewhat gratifying after all these years, to actually see close-up, where the Woodpecker signal started its journey around the world and to appreciate the superb engineering that went into these impressive structures ... but sad to see the last one in such a rusted state of decay and abandonment. It would be nice to hear it just one more time ... but please, only for a couple of minutes.
Steve McDonald, VE7SL, is a regular contributor to AmateurRadio.com and writes from British Columbia, Canada. Contact him at [email protected].

6 Responses to “Remembering The ‘Woodpecker’”