Raspberry Pi2 up and running; DUMP1090, Piaware, GPredict as well as browsing the web

The Raspberry Pi2 was delivered very quickly – thank you CPC! However, owing to a bit of silliness on my part I didn’t get it running until today. I’d assumed – always a dangerous thing – that the Pi2 used an SD card for its storage, like the Pi. Oh no it doesn’t! It uses a micro SD card. I didn’t discover this until I went to plug the SD card in!

Ah well. A quick Amazon order later and a micro SD card and an adapter was on the way. Those arrived here this morning, so I quickly prepared the micro SD card.

I had a bit of fun getting decent video on my rather old monitor in the shack and was starting to think I wasn’t going to find something better than VGA! However, a setting of hdmi_group=2 and hdmi_mode=16 gave me a reasonable compromise between getting a decent amount on the screen and being able to read it without green and yellow flashing in the background.! 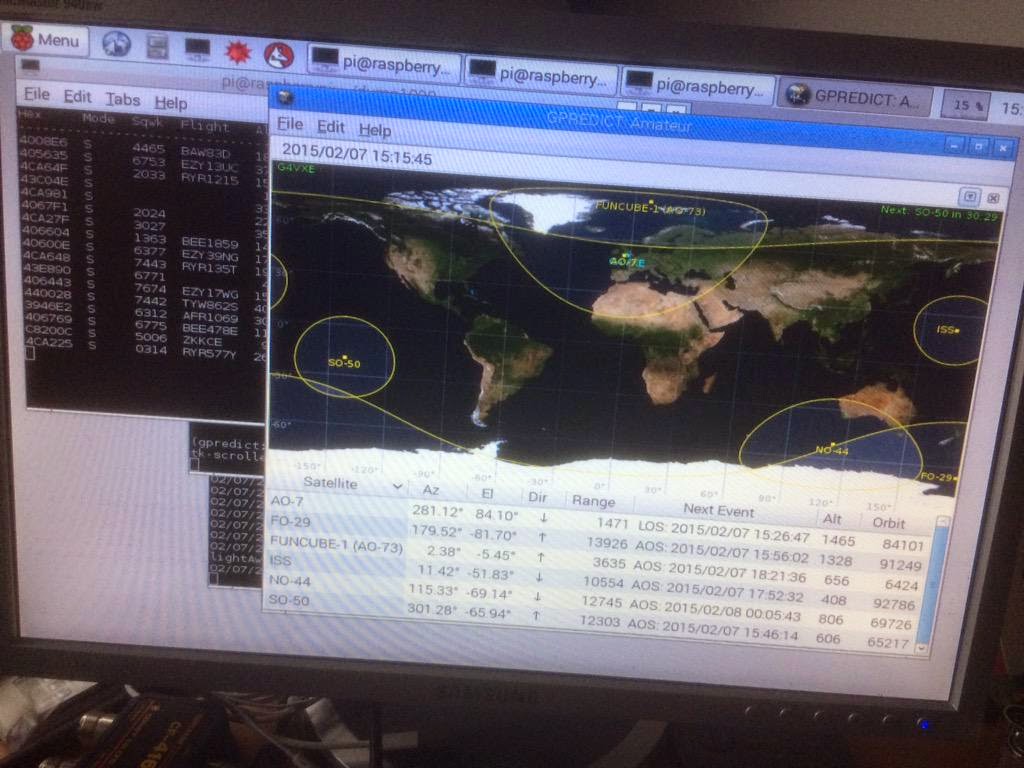 The first bit of software I installed was the Gpredict satellite prediction program. It’s nice to have the map running in the shack. That went well and only seemed to be taking a very small percentage of CPU.

Then I installed RTLSDR and tested it, without any problems. I installed DUMP1090 – the ADS-B decoder as well as the Piaware software which uploads the ADS-B spots to Flightaware. Those programs run quite happily at the same time as Gpredict and use around 7% of CPU.

I fired up the Epiphany web browser and went to Twitter – again, the CPU was quite happy.

This looks very useful. I think I’d better order it a case!