Radio Ghosts Have Haunted the Airwaves for Nearly a Century 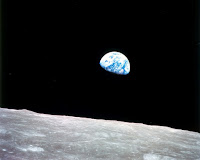 “The starship hypothesis is a very interesting one, and the one which seems to be the most popular one on the internet,” said Sverre Holm, a professor of signal processing at the University of Oslo. “Such theories always excite our imagination, but it builds on a very poor data set. Unfortunately I believe it says more about human imagination than anything else.”

Although scientists have yet to settle on a final explanation for these mysterious echoes, Holm believes this is has less to do with a lack of scientific knowledge than a lack of willpower.

“I think that with today’s satellites and sensors, the mystery of Long Delayed Echoes (LDEs) could probably be solved,” he said. “What’s holding us back is most likely the problem is not considered important enough—it doesn’t occur often enough and doesn’t affect important enough forms of communications.”

These are excerpts from an interview in an article entitled “Radio Ghosts Have Haunted the Airwaves for Nearly a Century” on Motherboard Vice written by Daniel Oberhaus.