Quality control or lack of?

However yesterday, I had a bit of spare time and I was all revved up for testing a Baofeng with its battery eliminator. This is the part that takes the place of the HT battery pack and slides on the back of the radio instead of, providing regulated power from the car battery cigar lighter socket, in essence you make yourself a cheap and cheerful mobile rig.

I needed to just test it all out that it worked before fitting, and the MP-304 power supply which I had recently bought was still sitting on the dining room table in its box, handy for a few Volts so I thought?

Switching on the MP-304, there was no deflection of the meter, (meter switch was in the correct Volts position)? Got the DMM out, and measured the output, plenty of Volts, but still no indication on Power supply analogue meter?
Should I return it? No chance with all the hassle of someone having to wait in for the courier to collect, it had got to be worth a look. Anyway I used to test power supplies by the hundreds, when I worked in the industry, so I did have a good chance maybe? 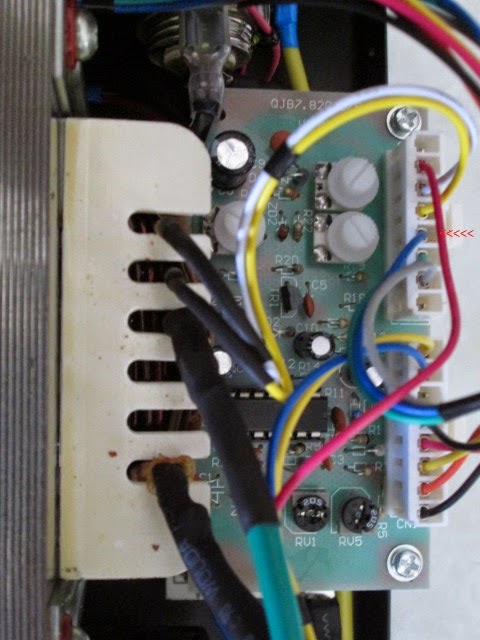 Quick investigation required! Took off the top of the case and I was inside, no going back now. Measured at the rear of the meter terminals with the DMM no volts, nothing on the rear of meter switch that changes between Amps or Volts either. This then leads us back to the plug that plugs into CN2 on the control PCB. Just as I was about to measure at this point, I could see the Blue wire (I have marked it with a small red arrow above) was raised, with its termination tag in the plug sticking out, I unplugged the whole skt from CN2, and the Blue terminal had not been pushed home in the plug in the factory, a smart push and it  clicked in place. Plugged it back into the PCB socket and switched on, and the meter then sprung into life!
It does make me wonder if the Chinese really test this stuff in the factory? Time and time again I have come across problems with Chinese equipment like this, which should really be sorted in the factory before shipping, I don't believe QA exists? The problem here is, the dealer gets a bad name, and it really isn't his fault, he buys in a pallet load, one or two get put out for demonstration, and the rest are stored ready to be shipped out in the original sealed boxes they come in.
After fixing this, it did however give me the chance to have a good look inside what it was made of : 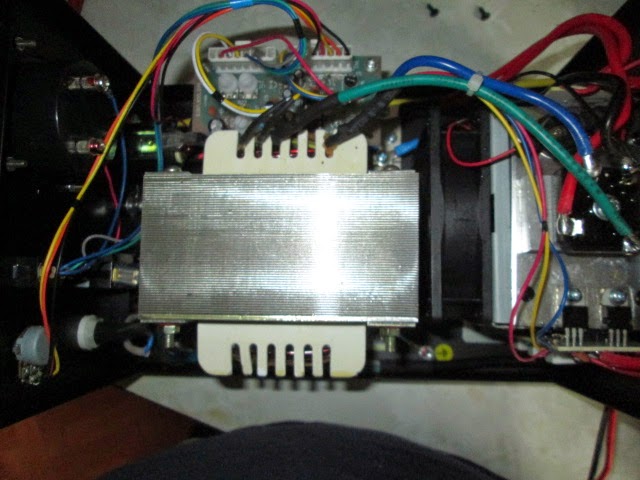 Build quality really wasn't too bad, a nice hefty transformer feeding a quality bridge rectifier, control board (which I have already mentioned), that sets up the limits and then drives the outputs, on a good quality heatink blown at by a fan, which is triggered by a stat when the temp gets to a certain level.
Cased back up, I was then back to the point where I had started at a couple of hours earlier, testing the Baofeng: 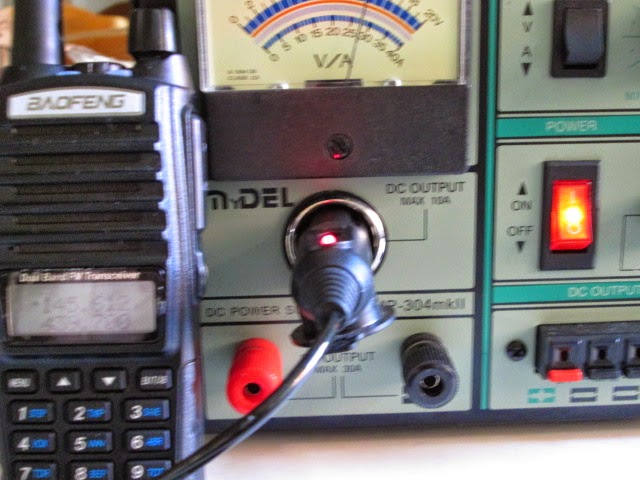 10 Responses to “Quality control or lack of?”