Today was QRP to the Field for 2014, and it was also my birthday. What a present! Although I didn’t get to spend anywhere near as much time on the air as I would have liked, I got a little air time in and that’s always a good thing.

The theme for today was Tres de Mayo in honor of Cinco de Mayo. Well, here in New Jersey there really aren’t an abundance of locales with a Mexican flair. So I got a little creative. 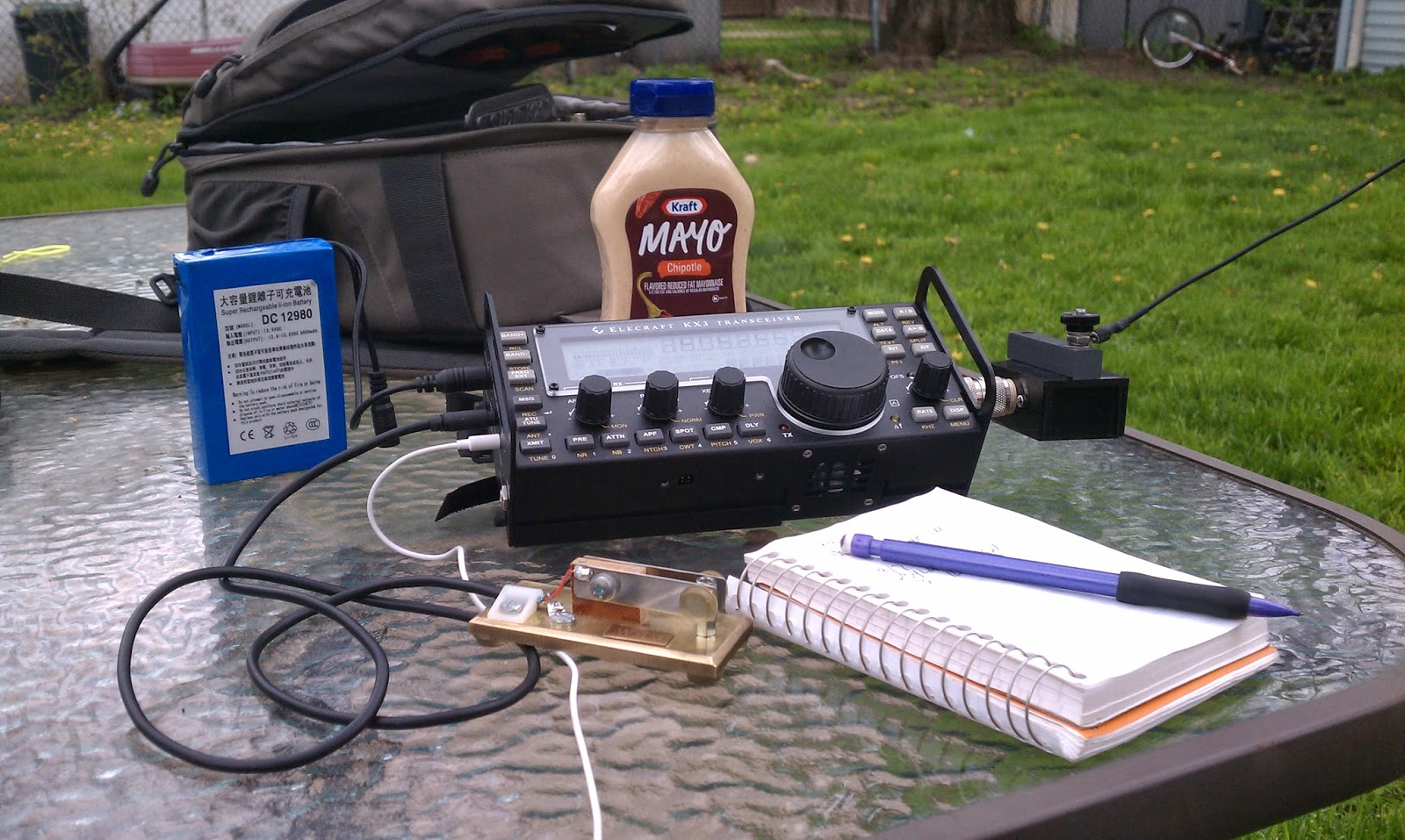 Yes, I placed some Chipotle Mayo next to me while I operated.

I got to experiment a bit too. I used both my Par EndFedz and the EARCHI 9:1 Unun with a 36 foot radiator. The Par EndFedz performed as expected. The EARCHI performed much better than last time. The extra three feet of wire made a big difference. The KX3 handled the wire well on all bands, 40 through 10 Meters with minimal clicking and clacking from the auto tuner.

In the hour or so of operating time that I got in, I worked about a dozen or so stations. Included were some very familiar calls like Mert W0UFO, Jerry N9AW, Rick NK9G, Dave AB9CA, Gene N5GW and Kelly K4UPG among others.

So even though I didn’t get a lot of operating time in, I did learn more about the EARCHI end fed. I think it will serve well as an all around multi band antenna for portable ops.