QRPp is just getting really great…… 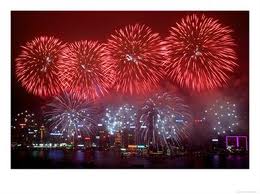 I posted yesterday I had contacted F8EI and in the heat of the moment I had thought I contacted  him with between 20 and 14mW's of power!! I was thrilled when the contact ended and my calculations done it showed the distance at (I used the higher wattage of 20mWs) 181,958 miles per watt. I was thrilled and it was off to another contact to see what I could do for more miles per watt. On my Hendricks attenuator there is a bypass switch and I use it as the audio also is attenuated. I found another contact and switched in the Hendricks attenuator as I was transmitting I noticed the power output was around 150Mw's!!!! Did I read the meter wrong in my excitement.....I already sent an email to F9EI with the news of a 20mW contact. I was very discouraged not knowing what I was reading during the contact. Well 140mW's in nothing to laugh at and the miles per watt is still impressive.
Today I was looking through some recent photos on my PC of my shack setup as I wanted to change the wall paper on my PC at work. I was looking at pic's from yesterdays contact being the most recent pics of my shack. In one of the pic's was a shot of the rig and Hendricks attenuator, as I zoomed in on the attenuator the slider switches used to attenuate were not in the same position as they are right now! I had never repositioned the switches so I got to thinking Hmmmmm when I hit the bypass switch did I move the one attenuate switch that is out of position according the the picture?????. I turned on the K3 and moved the switch back to the position in the picture and took a reading on the meter and it was bouncing between 20 and 14mWs of power as the key sent out dits and dah's.
HOLY COW I did contact F9EI with (lets use the higher output) with 20mW's and I was not reading the meter wrong after all. It was me who inadvertently moved an attenuate switch to off along with the bypass switch. Just to test I checked the output with this attenuate switch in the off position (opposite of the pic I took just after the contact) and low and behold I was getting around 150mW's. Bottom line I really did make a 181,958 miles per watt contact!!!!
Mike Weir, VE9KK, is a regular contributor to AmateurRadio.com and writes from New Brunswick, Canada. Contact him at [email protected].