Programming the UV-5R to operate with the SO-50 satellite

Julian, G4ILO just asked me a question about how I’d programmed the UV-5R to work through SO-50.

I’ve set up 6 different memories, just as you would for a repeater, except that in this case, the input and output frequencies are on different bands. For each memory, I have left the transmit frequency as 145.850 (it might be a bit out towards the beginning and end of the pass, but hopefully not too far off). On transmit, I have the CTCSS tone set to 67hz. I have seen documentation that SO-50 likes this, and other people saying it doesn’t really matter! I also programmed one memory which is not used for QSOs with a CTCSS tone of 74.4Hz. This can be used to ‘wake’ the satellite up if the radios have switched off. I’ve not done this myself yet.

On the basis that a picture speaks a thousand words, here’s a picture from the programming software of what the setup looks like. 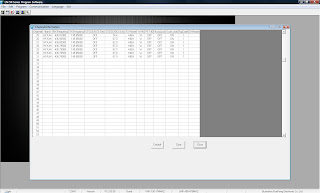 I’m sure there are other ways of doing it, but this worked for me. I’m able to switch easily between the memories as the pass progresses and the satellite’s transmit frequency drops down the band.
Tim Kirby, G4VXE, is a regular contributor to AmateurRadio.com and writes from Oxfordshire, England. Contact him at [email protected].