Earlier this year, I was talking ham radio stuff with Brian Hutchison, AI6GH. Brian mentioned that his father was a Prisoner of War (POW) in World War II and built a radio while in a Japanese prison camp. I’ve read articles about vintage and spy radios from WWII, but I’ve never been that interested in the topic. When Brian told me about his father, I thought “Holy Grid Current! He built a radio as a POW? Now that’s interesting.” The more I learned about the story, the more I became fascinated by it. 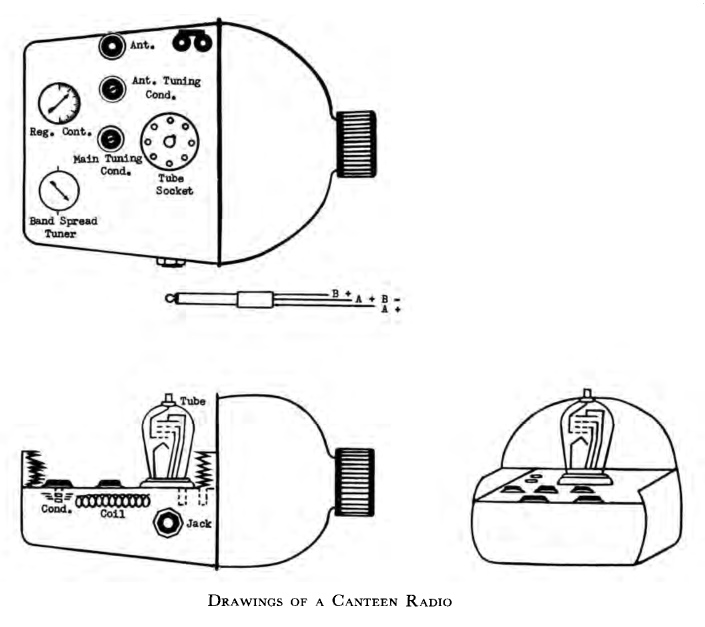 Canteen radio drawing from the book: The Signal Corps: The Outcome.

Brian pointed me to some great resources that tell the story. I started with the March 2013 Newsletter of the Palo Alto Amateur Radio Association. Hiro Kato AH6CY has an interesting article describing two different clandestine radios, one of them built by Captain Russell J. Hutchison, Brian’s father. It was a one-tube shortwave receiver intended to keep the prisoners informed about the progress of the war. Mostly, they wanted to know when the invasion of Japan would occur. The radio was built into and disguised as an ordinary water canteen, obtaining its power from an electric light socket.

The book Prisoners of the Japanese: POWs of World War II in the Pacific by Gavan Daws provides some insight into Hutchison’s parts procurement:

At Davao the Japanese camp commandant put out a call for a prisoner who could fix radios. Hutchison got the job, plus a commission from the senior POW officer to build a secret shortwave set. The camp machine shop was a happy hunting ground for him. He fixed the commandant’s personal radio, an American Zenith. The other Japanese brought in their looted sets, Sears, Roebuck and Montgomery Ward brands, also a 35-millimeter Simplex movie projector with a sound amplifier that needed work. Every chance Hutchison got, he liberated parts. From a broken-down car radio he lifted a couple of tube sockets. He scrounged capacitors and condensers and resistors and a voltage meter, a headset that had survived a fire, everything up to four new tubes still in their packages.

My next stop was the website of Tim Sammons N6CC,  who built a replica of the shortwave canteen receiver. This single-tube regenerative receiver has a regeneration control, a main tuning capacitor, bandspread tuning capacitor and an antenna tuning capacitor. See N6CC’s webpage for a schematic and other interesting technical details. 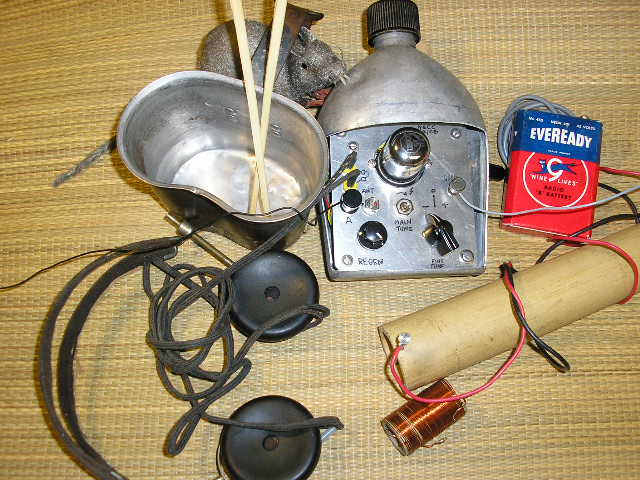 This book is available online: The Signal Corps: The Outcome by Thompson and Harris that provided further background (and the figure at the top of this article). Another valuable resource is First Into Nagasaki: The Censored Eyewitness Dispatches on Post-Atomic Japan and Its Prisoners of War.

This is a intrigung story of technological innovation under the most extreme circumstances. Most of us have never experienced such adversity that these POWs endured. Some of them managed to also built clandestine radios. A truly amazing story to consider as we enjoy the Thanksgiving holiday.