9 January 2020 | by Steve VE7SL  |  Share |  Tweet |  Leave a Comment (0)
The following blog was originally published in January, 2016 but there is still much interest in this popular and well-performing antenna.

A recent posting to the 'ndblist group' by Mike, an ardent NDB DXer in the UK (Sussex), announced the recent completion of his four-part video series describing the installation and testing of a new PAØRDT active antenna. 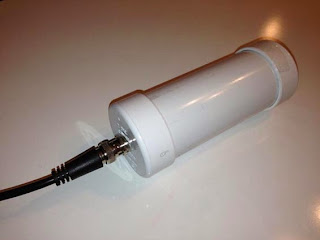 If you may be contemplating the installation of an active antenna such as this, or perhaps making a start at DXing the NDB band or listening on 630m, then you might enjoy following Mike's journey as he demonstrates that living in the noisy suburbs need not keep you from enjoying the LF/MF bands. Mike includes some interesting tests involving his grounding system versus noise ingress and the results of keeping the electrical main's ground isolated (or not) from the antenna cable's ground.

The PAØRDT active whip is available from PAØRDT himself or if you are handy with a soldering iron, you might choose to build the same antenna in your workshop. These simple yet highly effective receiving antennas are being used successfully by hundreds of listeners all over the world and for their size provide some pretty amazing performance.


Much more information on the PAØRDT e-probe antenna may be found here in a previous blog posting. To see more of Mike's videos, you can visit his interesting Youtube Channel here.
Steve McDonald, VE7SL, is a regular contributor to AmateurRadio.com and writes from British Columbia, Canada. Contact him at [email protected].