Now THAT was fun!

I participated in the QRP-ARCI Summer Homebrew Sprint for only a very little this afternoon.  But thankfully, quality is not defined by quantity, so the QSOs, while few in number were great in fun.

I began by operating on 20 Meters.  The Buddistick was set up with two 11 inch arms, the coil and the super long whip atop the Jeep on the magmount.  With my coil tapped in the normal 20 Meter spot that I am accustomed to, the Autek analyser displayed an SWR of 1.4:1.  I hit the ATU button anyway, for a very short “Brrrrp” and got a 1:1 match. 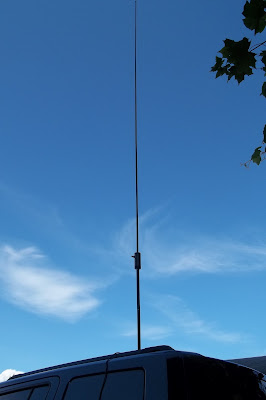 While on 20 Meters, as I was calling “CQ QRP” for a bit, and much to my surprise I was answered by Fred G4HOM out of Birmingham, England.  He was much louder than the stateside stations that I was working; so I immediately thought “tower and beam”. Nope!  Fred was using his K2 at 10 Watts to a simple wire – propagation, being what it was, favored a QSO between Lake George and Birmingham.  Signal reports were good both ways.

Shortly thereafter, I switched to 40 Meters by undoing the tap from the coil to take advantage of the entire Buddistick coil, and I added two more 11 inch arms.  After a bit of a scare that I won’t go into here (due to my own stupidity), the KX3 had matched the Buddistick to 1.4:1 on 40 Meters. I had several QSOs down around 7.030 MHz, including one with my very good friend Bob, W3BBO.  This was our first QSO while I have been at Lake George.  He had a good 579 signal and gave me a good report as well. 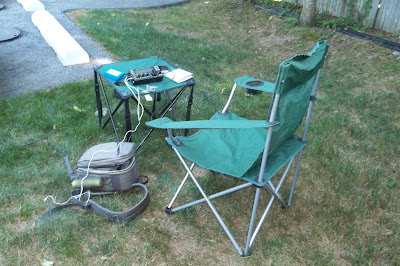 The Buddistick on the magmount, using the vehicle as a ground plane is great combination.  Thanks to W3BBO for getting me to try that.  It works so well that I may just forego using the EFHW wires unless I am on the hiking trail later this week. 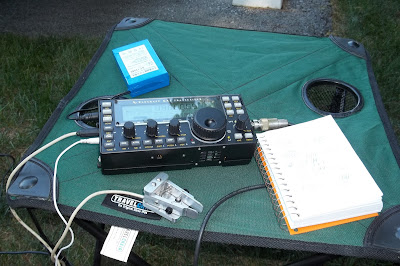 Oh, I don’t remember if I mentioned this; but I decided to leave the Lead Acid battery home.  I am going strictly with the Lithium Ion this week.  It held up very well this afternoon.  I never dropped from 5 Watts output throughout the couple of hours of operating time this afternoon, including a few prolonged “CQ QRP” sessions.  I think “The Little Blue Guy” will be quite adequate for my needs.

2 Responses to “Now THAT was fun!”