But I’m willing to lay down a bet that they didn’t have one of THESE there! And no, it wasn’t for sale! 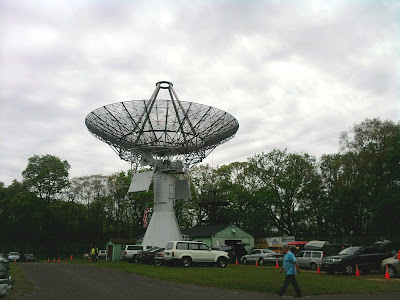 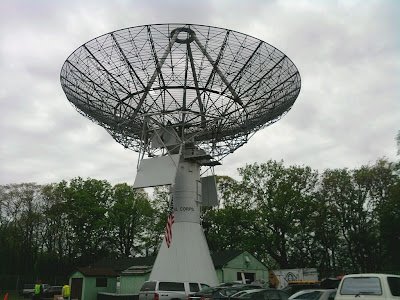 I went to the OMARC Hamfest this morning – the hamfest for the Ocean Monmouth Amateur Radio Club.  Their club facilities and the hamfest are located on the grounds of Project Diana, which is located at the site of Camp Evans of  Fort Monmouth in Wall Township, NJ . Project Diana was the Signal Corps project to conduct the first ever EME transmissions – back in 1946.
Actually this was not the first antenna.  The first one looked like this (below) and was immovable and EME attempts could only be made when the moon was in a certain part of the sky. 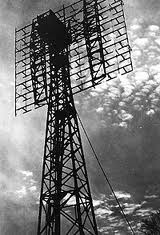 The steerable antenna came later; and has been restored as you can see in the first two pictures above.
And while the hamfest was small, it was somewhat of a success for me.  I purchased a nice looking DMM for $20.  I have a Radio Shack DMM, but the Analog to Digital Converter chip in it has a very annoying lag time.  You put the probe tips on the measuring point, and you literally have to wait a few seconds for the display to give you a voltage reading.  This meter that I purchased today, a Protek Model 6100 reads much faster.  Yeah, it’s not a Fluke, but then again I don’t own Begali paddles, either.
I also bought a T-shirt and a couple of Amateur Radio Active stickers. 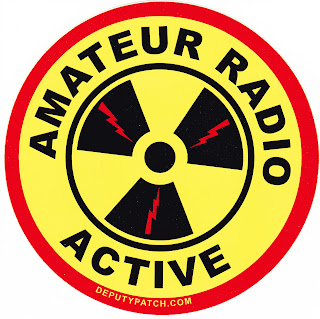 A large one to tack onto the shack door and a small one to slap on my tool box.

3 Responses to “Not quite Dayton”