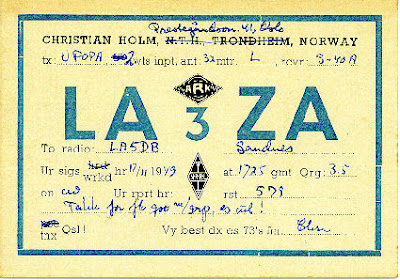 Those who are familiar with me will know that I wasn't even born when this LA3ZA QSL-card was issued in 1949. This is because I am second generation LA3ZA after my father. When the callsign was reissued to me in 2001 it had been inactive for 40 years or so.

I still have the Hallicrafters S40A receiver which my father used with a 2 W input homemade tube transmitter. The S40A (image below) was what introduced me to shortwave listening during the good conditions of the solar peak in the late sixties, despite its mediocre performance I would say.
Read more »