25 June 2014 | by Andrew MØNRD  |  Share |  Tweet |  Leave a Comment (1)
Radio frequency interference (RFI) is the bane of a lot of amateur radio operators. Sadly it is becoming a real issue at my QTH.

RFI is referred to as QRM or QRN and I am learning the difference.

QRM means "I being interfered with" and is interference coming from someone using radio equipment. This covers deliberate jamming, people tuning up or just normal operations on a crowded band that causes QRM.

QRN means "I am troubled by static" and technically means interference from a natural noises but has come to refer to interference coming from anything that is not an intentional radio emission and interferes with reception of transmissions. So now covers atmospheric noise, static or the noise generated by electronic devices.

Noise isn't a new issue here as I have posted before. It has tended to be sporadic and bearable but since becoming licensed I have become more sensitised to it. Until now I have tended to focus on the VHF/UHF side mainly contesting venturing only briefly onto HF.

My HF set up is limited at the moment with just a single antenna which isn't optimal for the lower bands. Due to the day job I am largely restricted to evening/night time operation when the upper bands have largely been closed anyway so haven't really attacked HF with much enthusiasm apart from data modes such as JT65 and WSPR which have immunity to noise.

When I have got the chance for some early morning daytime operation or at the weekend I have struggled with noise.  Recent weekends have seen some special event stations operating for the Museums On The Air and the GB1JSS Summer Solstice which have been predominately on the 40M band but I just cannot hear anything on that band due to noise.

I am aware the Sun has been particular active recently producing a number of large flares and CMEs that have caused a number of radio blackouts, but this noise isn't due to atmospherics I am certain it is man made by one of neighbours.

I made this video last weekend


and this video was from the weekend before that


This weekend was the 50MHz Trophy Contest which I was looking forward to, sadly it was also to become a victim of the QRN as this screenshot from my SDR will confirm, for much of the time I was operating I was just listening to noise. 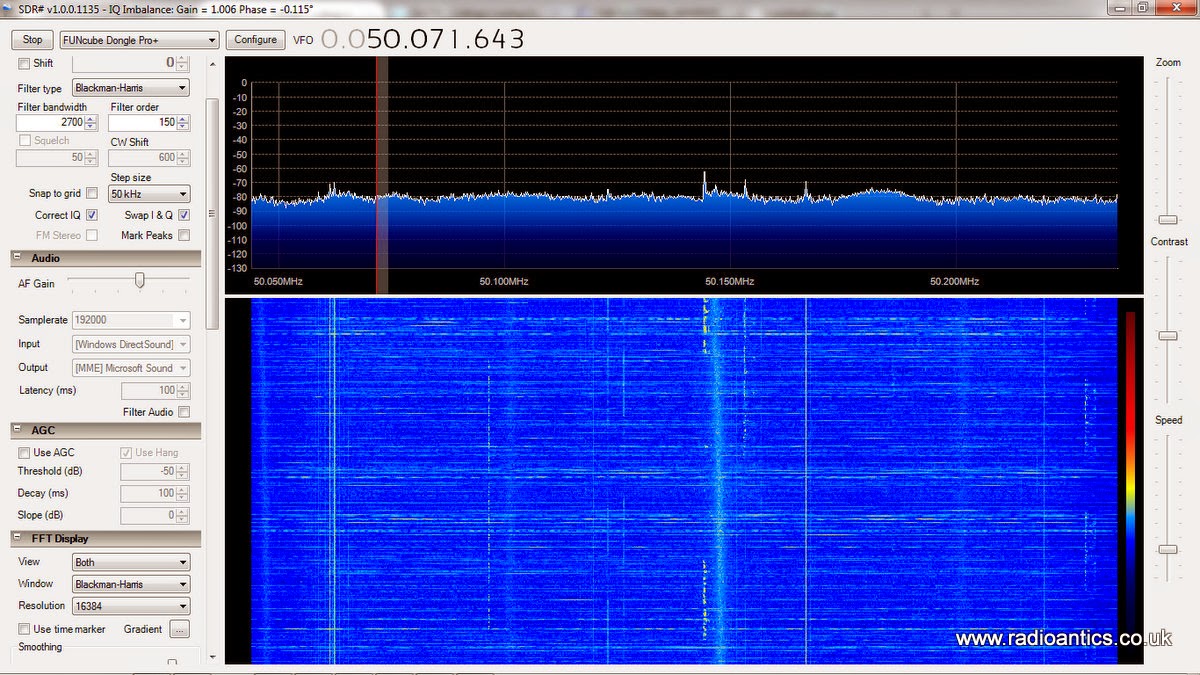 I wasn't operating constantly, just grabbing a few minutes here and there and I did manage to make some decent contacts when the QRN subsided even catching some of the sporadic E opening to get EF7X in Spain. 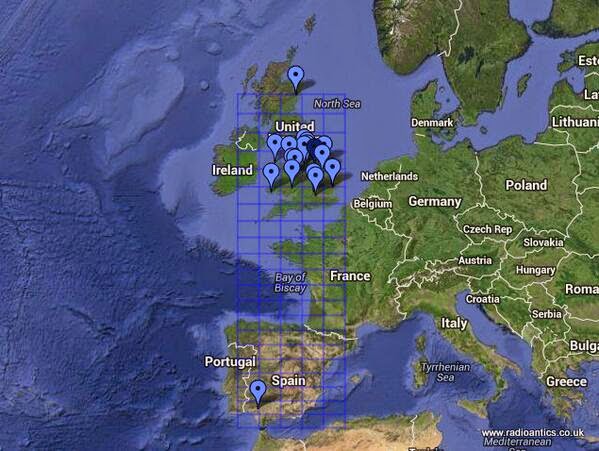 I have ruled out any noise being generated by myself by powering everything off and running on battery. This leaves me in a bit of a quandary I could go around and locate and confront the culprit or even contact OFCOM but at the same time I don't want to antagonise anyone who could then object to any antennas I might want to put up in the garden.

Rotating the 6M Moxon around at the weekend during the contest as at least pointed me in the direction of one strong noise source. I am also convince that much of my problem is due to an evil PLT device in an adjacent property.

Following on from the weekend last night was the UKAC 50MHz contest and yet again I was troubled with noise leading to mostly local contacts. 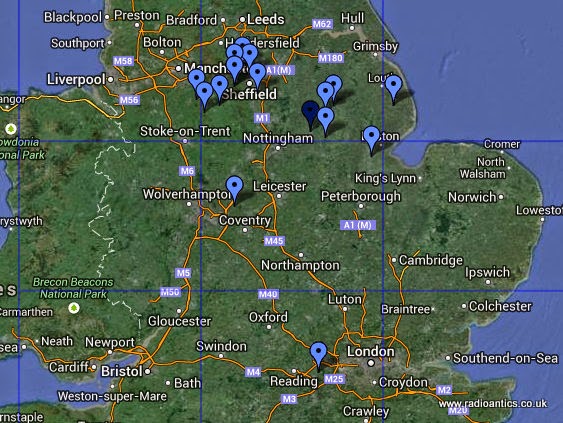 I have been looking at some of the noise cancellers that are available from MFJ and others. I have heard conflicting options on their effectiveness but I am willing to try one if I can obtain one cheaply, or even home-brew one from the numerous designs available.

These devices work by using a second antenna which receives just the noise which is then mixed out of phase with the main antenna signal hence nullifying the noise. By all accounts they are tricky to use and often  need constant adjustment but may be my only viable solution at present.
Andrew Garratt, MØNRD, is a regular contributor to AmateurRadio.com and writes from East Midlands, England. Contact him at [email protected].

One Response to “Noises Off!”