I decided to listen on the second pass of the new satellite deployments, this time using the Funcube Dongle Pro, recording in baseband, so I would have the chance to replay it again if there was anything interesting.

QB50P1 was heard sending CW, QB50P2 was sending QPSK. Down on the 145.865 there was some CW (a sample was B1UARJZB4K – hopefully not too many errors there!) which I think may have been Nanosat-BR 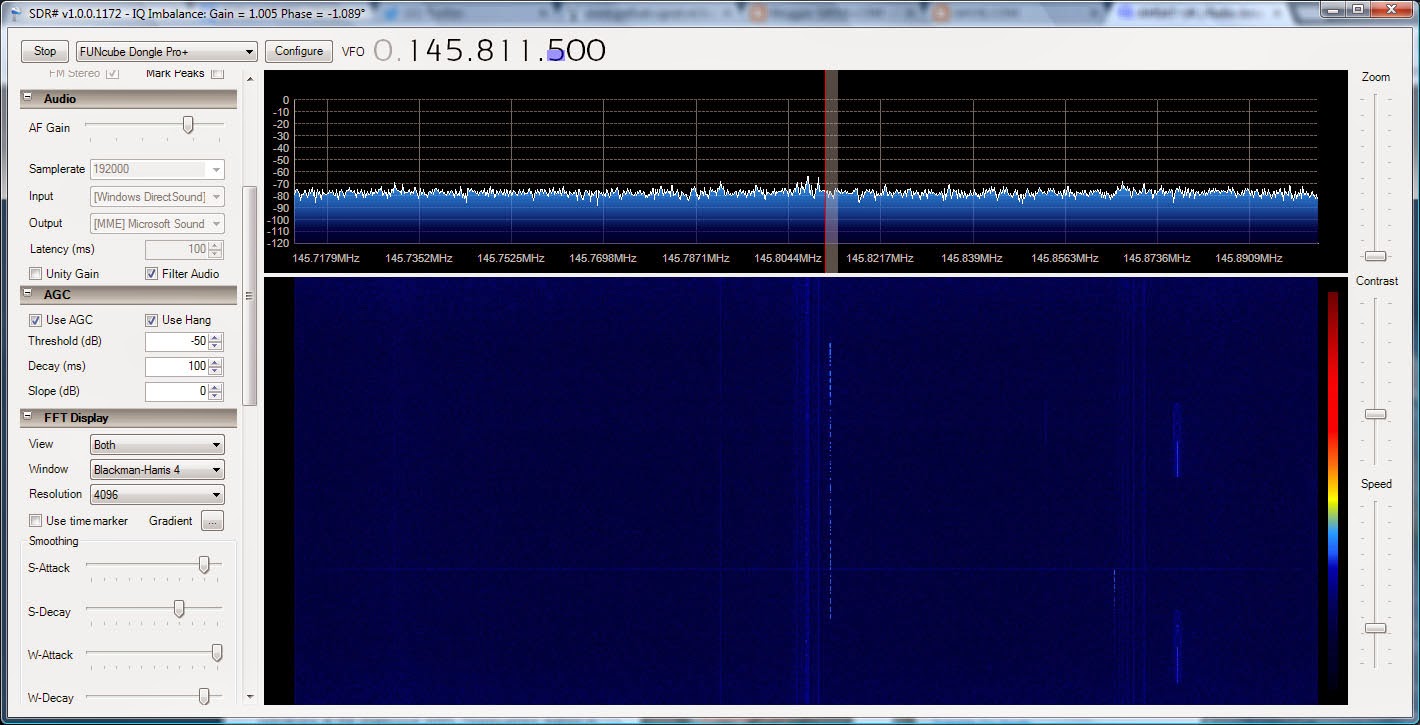