5 August 2015 | by Larry W2LJ  |  Share |  Tweet |  Leave a Comment (0)
National Night Out was celebrated at Veteran's Park in South Plainfield, NJ last night. The police, fire department, rescue squad and office of emergency management were all there. And so was SPARC. 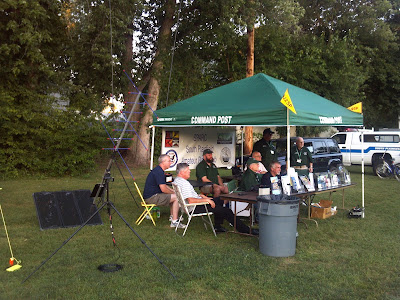 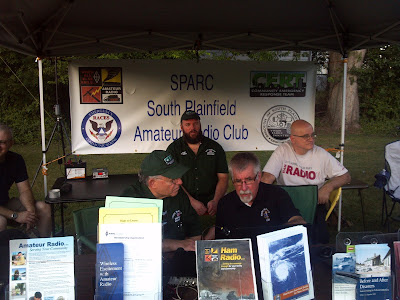 We had several setups going in order to be able to demonstrate to the community the various aspects of Amateur Radio - hobby aspects in addition to emergency communications aspects.

I had my KX3 going to the PAR which was held up by my Jackite pole. Dave Hackett KD2FSI had a VHF/UHF station going, as well as his JT65 setup going, and was successfully working DX stations. Dave also had his satellite antenna out for display.

I had the distinct pleasure of having three QSOs while people watched. The first was with Jim WB0ZWW in Anthony, KS.  Jim was using his KX3 so it was a 2X QRP KX3 QSO. But what made it special was that Jim just started using QRP power levels today - so I ended up being one of his first QRP QSOs.  Conditions on 20 Meters were decent and we had a close to a 1/2 hour rag chew.

The next QSO was with W8DIZ, Diz from Flying Pigs fame. Diz was using a QRPp rig, and I was his first NJ QSO. Hearing that, I lowered my power from 5 Watts to 1 Watt and got a good signal report back from Diz. Not having gone milliwatting in a long time, I lowered my power to 500 mW. Diz gave me a 449. Not bad for 1/2 Watt to an end fed antenna in a park, being lifted by a Jackite pole!

My last QSO was with John K3WWP. I explained to him what we were doing in the park and how he was helping me demonstrate Amateur Radio. John surprised me by telling me that today was the anniversary of the start of his QRP QSO a Day streak, and that I was his first QSO inaugurating the beginning of his 22nd year of the streak.  Wow - what an honor and a privilege.

Dave's satellite antenna came in handy later on in the evening as there was a very nice pass of the ISS. It was a good elevation - about 56 degrees and it came shortly after sunset, so the space station was very bright.  Dave aimed his satellite antenna and we were easily able to hear packets coming down from the ISS. That was cool! 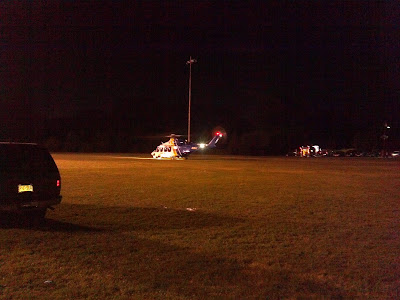 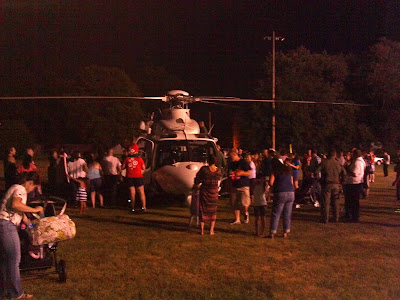 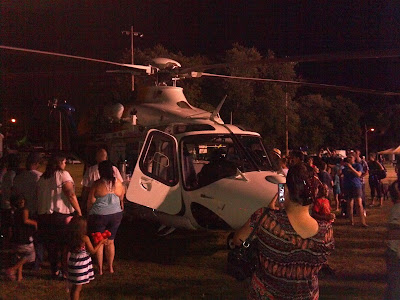 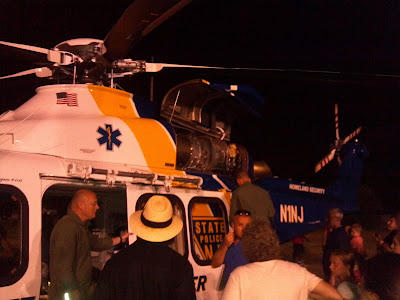 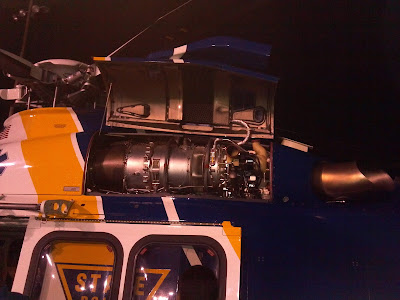 All in all, it was a very pleasant evening, and I was proud to be able to represent the South Plainfield Amateur Radio Club once again.

By the way, according to the Reverse Beacon Network, this is where my signal was being heard: 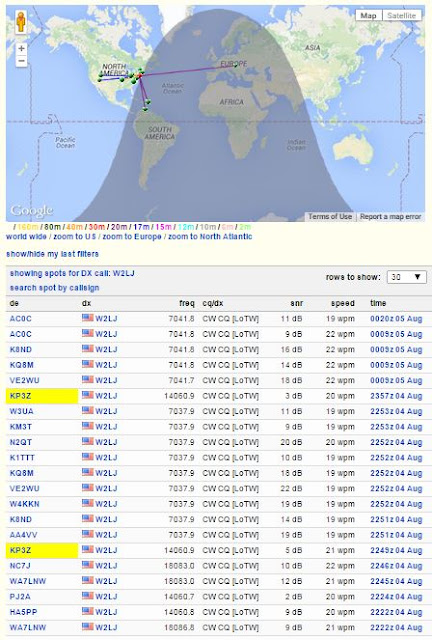 
Larry Makoski, W2LJ, is a regular contributor to AmateurRadio.com and writes from New Jersey, USA. Contact him at [email protected].