My year in review

18 December 2013 | by Dan MØTGN  |  Share |  Tweet |  Leave a Comment (0)
Another year passes by. And while sat at home I asked myself had I actually played any radio this year? Well in actual fact it’s been quite a memorable year.

Here are some of the highlighst 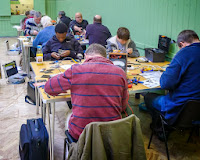 Back in January we held our annual Buildathon – held in Bath. This time around we built the GQRP Sudden Regen receiver. A successful day as all participants left with working Receivers for the 40m band. It was a long day, but very successful, with many of the students having the final part of their intermediate practical’s being signed off.

That month saw our intermediate students take their exam, and all but 2 students passed with very high scores. The retakes later in February allowed the students who couldn’t quite pass to shine through and achieve their 2E0 callsigns.

Lastly January saw the start of the first Advanced of 2013. The results in July proved to be our best pass rates ever.

February & March proved quiet as we (Wessex) decided and nominated ourselves to host the G100RSGB in April. Planning and logistics were our main focus for those 8 weeks. Although I did manage to spoil myself and purchase a KX3. A radio that I am still utterly head over heals with.

April came around very quickly and before we knew what was happening, it was our turn to run G100RSGB. I’m still staggered and quite humbled on how many people came and helped and how many contacts we made in 24 hours with such an average set up.

Not stopping we carried our RSGB centenary theme and created a centenary buildathon event that took place on July 5th at Bletchley Park. Building a PSK receiver for 20m was a great circuit and we managed to get 22 School children building the simple receiver that would plug into the sound card of any mac, PC or Raspberry Pi. All but 4 were working. The 4 non working were later fixed and posted back to their respective owners. 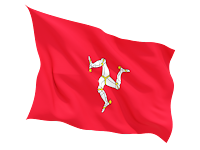 August saw us start the planning for our annual radio holiday. And The Wessex boys all decided that Isle of Man was a suitably good location, so research and planning started in full through out August. We planned for May 2014 as a good time to be on the isle.

September was the first joint contest that Wessex Contest Group actually entered. Ok we were not going to set the world alight with out 1st entry but we learnt loads, had a blast doing it and got more of a hunger for competitive QSO’s. In Bath we started another Morse class. Teaching students with various levels of knowledge the code and getting them to at least pass the 5 WPM test.

October and we all attended the RSGB convention. Again another great set of lectures and I thoroughly enjoyed my time, making new friends, rekindling old friendships and learning loads.

Finally as we approach the end of the year in November I built a Foxx 3 Transceiver and have had a great time with it oDecember we sat another 3 exams in Bath. 2 Foundation, 1 intermediate and 2 advanced students. I also upgraded my QRP go pack to a case that has more compartments and pockets. It makes it far easier to carry I can assure you.
n air. In

So to answer the original question. Have I played much radio this year ? No. I’ve been too bloody busy !

Happy Christmas & new year to you all.
Dan Trudgian, MØTGN, is a regular contributor to AmateurRadio.com and writes from Wiltshire, England. He's a radio nut, IT guru, general good guy and an all round good egg. Contact him him here.