18 November 2014 | by Steve VE7SL  |  Share |  Tweet |  Leave a Comment (0)
My recent 'Building For The BK' blogs have tempted at least one ardent homebrewer, John (VE7BDQ), to dig into his junkbox stash to create a nicely-working BK rig....it's a Colpitts oscillator using a pair of 45's in push-pull. His lash-up is now working and ready to go on both 80 and 40m and he is contemplating 160m operation with it as well....very nice! 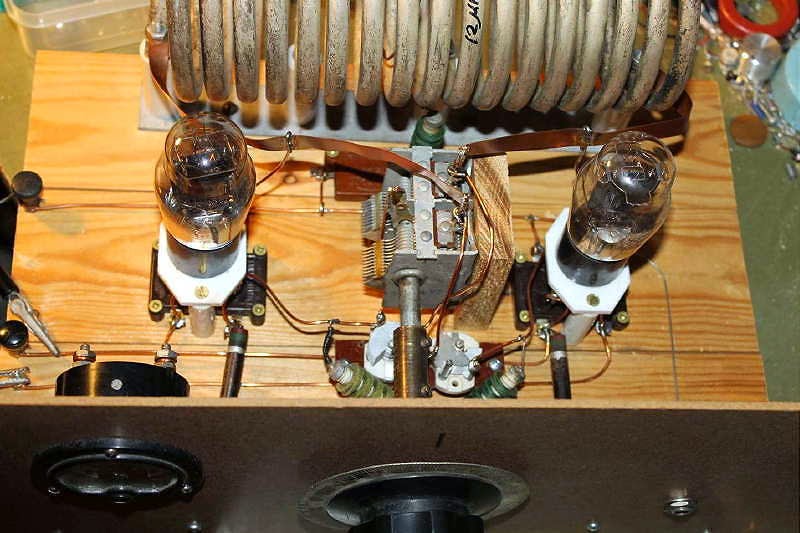 John and I had a nice QSO today on 80m CW and the rig sounds just great. He reports 240 volts on the plates and a current of 58ma. His scope-measured output is just over 8 watts for an impressive efficiency of just over 60%. It appears that the Colpitts-style is much more efficient than the more popular TNT or Hartley oscillators...well at least more efficient than the ones I built!
Although John did not have every period-appropriate component available to him, it didn't discourage him from building his BK rig. For too many, this is often a stumbling block that leads to nothing being built....as the boy's of '29 no doubt would  have done, he put something together completely from his junkbox.

It will be super to have another left-coast station in this years '29 Party...and a Canadian station to boot!

Anyone else building for the BK?  ....there's still a few weeks left.