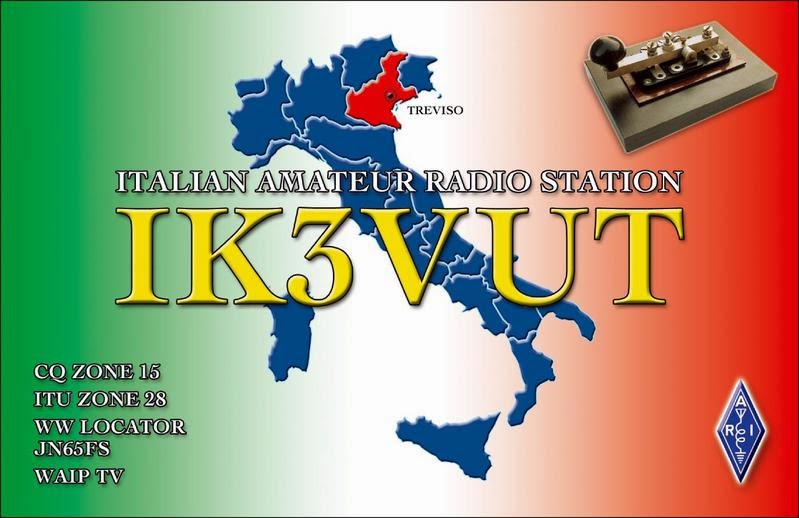 Monday was a stay in and stay warm day oh and also I was able to fit in some ham radio time as well. Next weekend is the ARRL CW DX contest weekend and since I had time on my hands I thought I would finally install N1MM+ on my PC. Up to this point I have been using the older version of N1MM, the only time for me to update was just before a contest. According to Murphy's law if you update your contest software just before a contest bad things will happen! N1MM+ has some nice new features all of which I have not tried as of yet. While I was setting up and getting to know N1MM+ I had my K3 on and was rolling around the 20m band. I was able to make 2 DX contacts the first one being IK3VUT from italy. He was calling CQ and he came back to me on my first call to him. This was not your typically fast contact Luca gave you a report but also shared his name, thanked me for answering his CQ and asked my name. It was not a long QSO but it was nice to not just have a 599 and move on Luca gave me an honest 559 signal report.
late afternoon it was time to go out with Julie who had a photography assignment that involved us going downtown (Toronto) for some shots she needed to get. It sure was cold out but soon we would be back to our warm home and just a little more radio time as she edited some photos. This time on 20m  I heard HC5AI calling CQ from Ecuador and after some going back and forth he got my call and the contact was made.
Mike Weir, VE9KK, is a regular contributor to AmateurRadio.com and writes from New Brunswick, Canada. Contact him at [email protected].