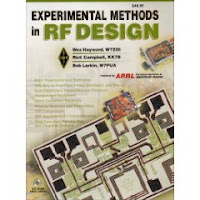 I have been browsing for information about various circuits recently. Two books that are often recommended are “Solid State Design for the Radio Amateur” (which is now quite old) and its successor “Experimental Methods in RF Design”. I decided to get a copy of the latter and was gobsmacked to find on Amazon.co.uk that only used copies are available, priced from £557.14. No, that’s not a misprint, it’s about 800 bucks in real money.

I clicked over to Amazon.com and found the same book listed as available new for a slightly more reasonable (joke) $600.00, or I could buy a used one for a whisker under $500.00. Who are these sellers kidding? Do people really pay $600 for a book that was published by the ARRL in 2003 with a cover price of about $40? I wish I’d invested in a pile of them – they would have been a better return on my investment than my shareholdings (sick joke.)

I browsed down the Amazon.com page to see the usual stuff Amazon tells you about a book and found that 37% of people (rich or insane people, presumably) buy the item featured on the page, while 36% buy “Experimental Mathods (sic – not a joke) in RF Design” for a mere $42.70. That’s 36% who can’t spell, I guess, but I can live with a misprint in the title if it saves me $550.

But seriously, what’s going on here? Is “Experimental Mathods” a pirate copy using a mis-spelt title to avoid copyright infringement? Is a joke being played on somebody? If I buy it will I receive something other than what I expected, like searching for “mammaries” instead of “memories” on Google? I’m off to confused.com.