16 May 2015 | by Mike AD5A  |  Share |  Tweet |  Leave a Comment (2)
I am taking a break at the Dayton Hamvention to capture a few thoughts. This is the first time I've been to Dayton since the late '90's. The good news and bad news is that not much has changed. The good news is that all the cool stuff is here.Yesterday I got a look at the new K3S that Elecraft announced and all the other new toys and old ones are here. It is Ham Radio Heaven from that perspective.
The gatherings around town are still a highlight. The social aspect of Dayton is always a plus, getting to hang out with your "on-air" buddies in person and getting together with people of common interests
So what is the bad news? Hara Arena was in bad need of a facelift in the late 90's and I can't tell that anything has been improved. Even a light rain brings out the buckets, inside, to catch the leaking water. The Flea Market area has crumbling asphalt, to the extent of being dangerous in places. Although it's early on Saturday, the crowds seem much smaller.
I was able to mix in a little SOTA fun while here. The highest point in Ohio is about an hour north of Dayton in Belle Fountain, OH. So I ventured up to there to activate a summit in a new association and get 4 points. 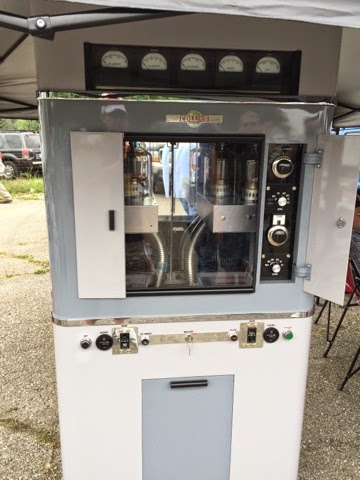 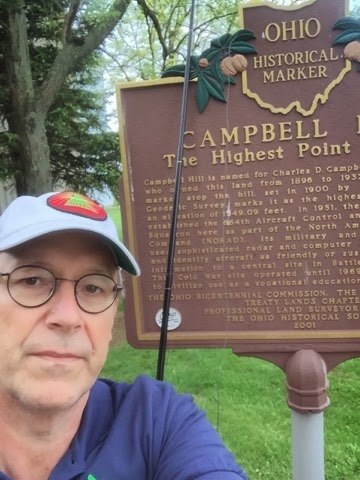 Activating Campbell Hill
I will try to take a few more pictures to day.
Mike Crownover, AD5A, is a regular contributor to AmateurRadio.com and writes from Texas, USA. Contact him at [email protected].

2 Responses to “Live From Dayton”