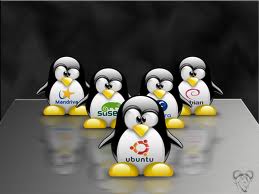 I have a Toshiba A300 laptop in which most of my blogging is done on. The only trouble it gave me was  for some reason the HD failed. Not a problem it was sent in for repairs and came back with a new HD and it's been fine ever since. The operating system is the 64 bit Vista. Now this is another story  I found it took forever to boot up. I am talking about 3-5 minutes to get to the point were I was able to use the laptop. It would also stop and think every so often and I would just have to sit and wait. Shutting down was no problem that was done in under 30 seconds. To remedy this problem I tried just about everything and it just did not seem to do the trick. On the home P.C I have WinXP and have had no troubles with it at all. It runs smooth and does not get hung up. These are the only two Windows operating systems I have had really any exposure too.  As for the Laptop I was either going to re-install Vista, try loading XP or do the radical and go with Linux!! I was not sure how XP was going to work out on the laptop and figured Vista was just going to act the same way.  So that idea was put  on the back burner, I noticed on the Internet that Linux Ubuntu
could be loaded on my laptop along side Windows. Kinda have two OS's on one machine. Now I am not a fan of doing this for the long term and I don't think it is meant for that. It was a way of  test driving Ubantu 11.10 and see how I liked it and how the laptop liked it. An installer called Wubi allows you to install Ubuntu on a Windows machine.  If  you don't care for Linux it can be removed also using Wubi. If you want to go ahead and install Linux Ubuntu using Wubi just follow the step by step instructions   found on the Internet. There was no need for any fancy computer whiz bong knowledge it was similar to installing any windows program. Before you know it Uantu was up and running and each time I started the laptop I was asked if I wanted to load Windows or Ubuntu?? The first thing I noticed was it sure did load  faster than Vista and that was a BIG plus. For a few days I gave Ubuntu a test drive. I had only done things the Windows way so the desktop and how programs were launched took some getting used to.  I kept reading "take time to get used to Ubuntu it's not Windows" I went to YouTube to check out some tutorials on the operating system to learn more. This was were I thought I ran into my first Ubuntu troubles. At YouTube I was greeted with the messages "Adobe flash is required to view YouTube" The flash upgrade was painless and was a matter of just clicking on a link. The needed update was downloaded and installed then YouTube was up and running.  After playing with Ubuntu for a weekend it was time to take the plunge and remove Vista and do a perminant install of Linux Ubuntu on my laptop. There are step by step instructions for this as well on the Internet.  So after a week what is my impression of Ubantu....it's loads in 20 seconds compared to Vista's 3-5 minutes. It comes complete with a word processing program, spread sheet, a power point type program, workspace switcher were you can have four windows going at once and switch between them. You can run windows programs by using a program called wine. I have not venture down this road yet. One thing I did notice was it eats up the laptop battery time but there is something out there in Linux land to help that along. As times goes on I will continue to learn more. Have not tried it yet with any ham radio programs but my laptop was never used for that.