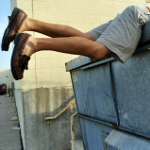 In this episode of Linux in the Ham Shack, topics include 630-meter operation, Boy Scouts in West Virginia, slow scan television via the ISS, supercomputing, Linux on your laptop, interesting ham radio projects for Linux, running Windows applications on Linux and much more. Thanks for tuning in, we appreciate it!