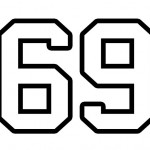 In Linux in the Ham Shack’s sexiest episode ever, the guys take on some sensuous applications from the Python world. Dan, KK7DS, has been writing cross-platform software for D-STAR and rig programming for some time. Richard and Russ take on a couple of his more prominent works: d-rats and chirp. On the purely Linux and Open Source side of the program, there are some valuable nuggets that we’ll let you all listen to find out about. And they try not to get too excited, but with this being Episode #071, it’s hard not to. Thanks to everyone for downloading the show and have a Merry Christmas and bountiful New Year.