Time, as they say, has been of the essence of late.  So, when I do have time to play radio, I rarely have a chance to write about it.  Here are some photos of my latest tinkerings.

Sarah has always talked about using a keyboard tray at work as a part of an ergonomic workstation.  Until recently, my work invovled enough variety of computer and non-computer time that I did not think about it.  But, after coming home from work with stiff shoulders and wrists, I decided something should be done.  While I was at it, I upgraded the HF and VHF/SDR operating positions at K8GU with pull-out trays, as well.  These were $10 each at IKEA and pretty easy to install, although I told Sarah that I was grateful that she didn’t witness my contortions to hold them up with my knees while driving the first screws. 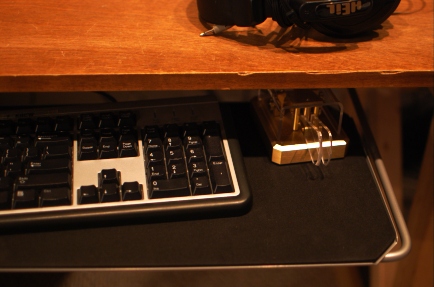 Back in high school, I built a Small Wonder Labs SW-40 that I had seen in a QST article.  It lived in a variety of enclosures, but spent the last decade in the ugly PC board half-enclosure that looked like a redneck pickup truck at right.  I decided to put it into a proper enclosure, being the diecast box at left. 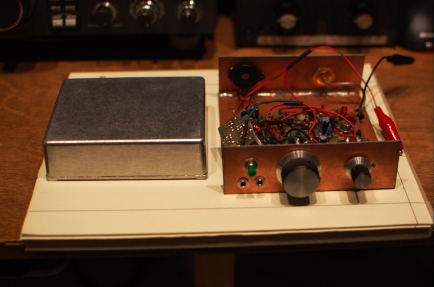 Despite the fact that I made the radio impossible (no room for front panel controls) to assemble the first time I drilled the board mounting holes, I’m pleased with the result.  Four dabs of gray epoxy cover the errant holes.  I probably could sand and polish those now.  The power connector is a pair of Anderson Power Poles. 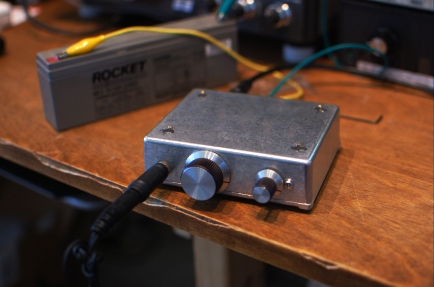 Readers of the blog have seen the screen capture from my new Softrock Ensemble II VHF.  Tony does not advertise these on his site because they are not 100% supported with documentation yet.  Robby, WB5RVZ has done a great service to the community by preparing step-by-step instructions for most of the SoftRock series.  I’m not a step-by-step kind of guy, so I just used his photos showing the locations of the 0.1 uF and 0.01 uF chip capacitors and built the rest my way:  mount all chip caps, all SMT ICs, all through-hole ICs and sockets, all through-hole resistors and diodes, all through-hole capacitors, all inductors, and all connectors.  It worked right away.

I also have two v6.0 SoftRocks that I built a few years ago while I was in grad school.  One of these (for 160) has been a bare board all these years and the other (for 40 and 80) has been living in an ugly little RadioShack black plastic project box.  I decided to upgrade them to diecast boxes with external power connectors (also PowerPoles—I’m slowly switching the station over) and a switch for 40 and 80 meters.  Here’s the happy family of little radios… 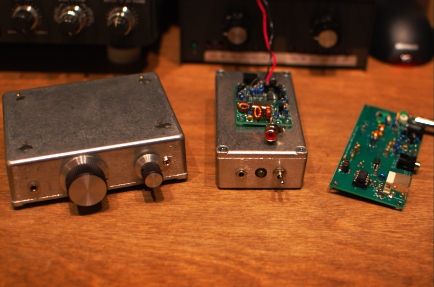 The 160-meter SR v6.0 is on top of the diecast box holding the SR v6.0 40/80.  The Ensemble II VHF is on the right.  It’s unfortunately too long for either size diecast box.  I don’t like the commercially-available box for it.  So, we’ll have to see…