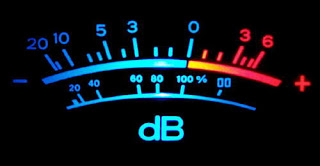 How often have you struggled to pull a weak signal out of the noise? "Just give me one more db", you tell yourself.

A recent posting to the Topband reflector by Frank, W3LPL, sent me to the interesting webpage of Dave, AB7E. Dave had been pondering two antenna systems, one of which would provide a 2db improvement in forward gain but at a much higher cost ... he wondered if the extra expense would be worthwhile and could he even hear the difference that 2db would make? He created a series of CW files, incrementing the signal level in 1db steps to see for himself!

Now I've always been told that you need to increase signal strength by at least 3db before your ears can detect any difference ... but listen carefully and you may be in for a surprise, as AB7E discovered.

It's probably best to listen to this signal with headphones but, even on my I-Pad's tiny speaker, the demonstration is clear. The first recording starts at "zero db", which is sent twice while the next signal is "one db", sent twice. See if you can hear the difference between each 1 db increment as he steps up to "six db":

Try going the other way, from "six db" down to "zero db":

The following recording has two signals, one of which is one db louder then the other. Can you hear the difference?

Although I was able to hear one call slightly better than the other, it was difficult. How about two signals again, one of them being 2db louder this time ... this one is much easier:

Lastly, AB7E demonstrates the problem with sending too fast when conditions are very marginal. Here, several signals are sent at 20, 25, 30 and 35 WPM. Sending calls at high speed can often seem effective, even under poor conditions but this seems to demonstrate that slowing down just a bit would make it somewhat easier:

One of the more interesting comments posted regarding these recordings was from Bob, N6RW who cited his work in satellite communications:

"I spent part of my engineering career designing satellite command FSK
demodulators - including the deep space Pioneer Venus orbiter. To test
the performance of them, we would mix the test signal with white noise.
When you look at the FSK Bit-Error-Rate (BER) curve (bit errors versus
signal to noise ratio in a bandwidth equal to the bit rate), you can see
the BER improves by a factor of 10 to 1 for every dB in S/N ratio. In
other words, for every dB improvement, you get one tenth the errors."

Now Dave never did tell us if he bought the bigger antenna or not but I'm betting that he did ... it looks like "just one more db" may really be just enough after all.
Steve McDonald, VE7SL, is a regular contributor to AmateurRadio.com and writes from British Columbia, Canada. Contact him at [email protected].

One Response to “Just One More db …”