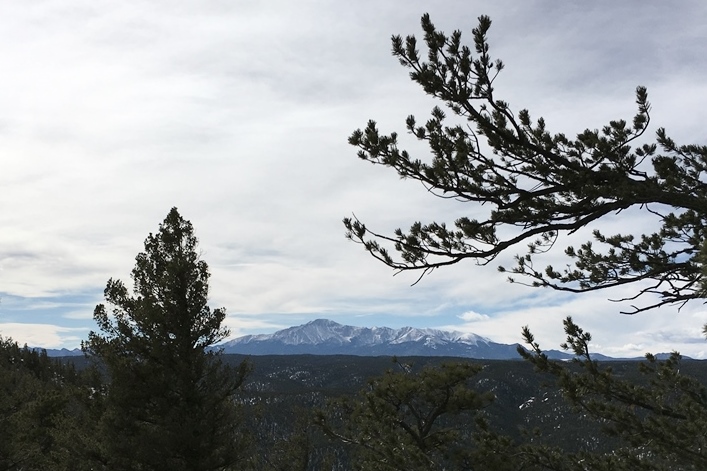 A view of Pikes Peak from Mt Herman.

It’s been a while since I’ve done a January VHF contest from a mountaintop so I decided to give it a try from Mount Herman this year. The ARRL recently changed the contest rules to allow the use of the national 2m fm calling frequency for contests. See Coming Soon: 146.52 MHz in ARRL VHF Contests. I wanted to see how this change would play out in practice when doing a combination VHF Contest plus SOTA activation. In previous attempts, I had to vector the SOTA activity to another 2m fm frequency for it to be a legal contact for the contest. The SOTA + Contest operation is attractive because it has all the elements of a fun SOTA hike coupled with the increased activity of a VHF contest. The contest brings out the weak-signal folks with very capable stations, increasing the probability of making some good DX contacts. 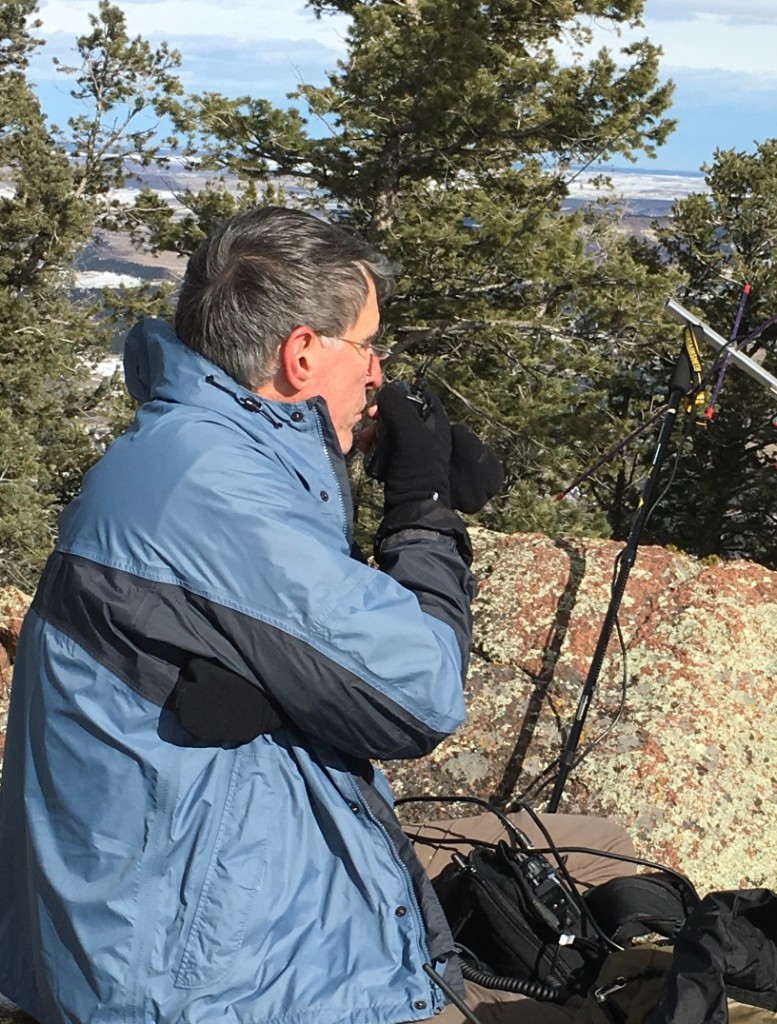 Joyce KØJJW and I hit the trail at 10:30 AM local with the goal of being at the summit around noon (1900 UTC) for the start of the ARRL contest. The trail was icy, but manageable with the gripping devices on our boots. The weather was chilly but not bad for January. At the summit, I configured my FT-60 handheld radio for 146.52 MHz using a 2m half-wave vertical. My first call netted a QSO with Tim, KAØMWA in Castle Rock. I worked a few other stations on 2m fm and then set up the 2m ssb station (FT-817 plus Arrow II antenna). On 144.200 MHz SSB, I contacted two Wyoming stations in grid DN71, about 140 miles away. I also gave a call on 446.0 MHz fm and worked W3DHJ and KE0HBW mobile.

The wind was strong at the summit and kept blowing everything around, making it difficult to operate the radio and manage the antennas. After an hour of operating, I decided to QRT and head on down. I know I missed a bunch of potential contacts, especially having not gotten on 70 cm and 6m ssb.

Except for the short operating time, the operation played out as expected. I was able to work the SOTA folks and 2m fm enthusiasts on 146.52 MHz. I made it a point to not hog the calling frequency, as there are quite a few folks that monitor there. Switching over to 2m ssb, I worked the contest crowd, typically with more capable vhf stations. My score is a whopping 114 points, in the single-op portable category.

Thanks to everyone that got on the air to play radio that day!