Is the Internet Destroying Amateur Radio? 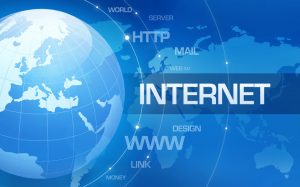 How many times do you hear the comment “ham radio…do people still do that?” followed by the statement that “surely the internet has made ham radio obsolete.” For the most part, that misses the point about the use and attractiveness of amateur radio. And yes, that is a clickbait headline.

I’ve written before that Amateur Radio Is Not for Talking and that the Universal Purpose of Ham Radio is to have fun messing around with radios. One significant statistic is that the number of FCC amateur radio licensees remain at an all time high. Eventually, the demographics will likely catch up with us and this number will start to decline, but it hasn’t happened yet.

The internet has become a tool that is used to complement amateur radio, often in ways that we may not have predicted. Although there are plenty of “keep the internet out of amateur radio” folks in the hobby, there are many more that have found clever ways to make use of the internet. I view emerging technologies and technological innovation as unstoppable forces that will impact us whether we try to ignore them or not. Using that lens, let’s examine the impact of the internet on amateur radio.

Here are a few broad categories of impact:

The internet is often used to provide an additional mechanism for transporting ham radio communications. Obvious examples are VoIP systems such as EchoLink and IRLP. Also included in this category are digital voice systems that use the internet to connect radios together: D-STAR, Yaesu System Fusion, Brandmeister Network, DMR-MARC Network. WinLink is a global email system using ham radio. The core transport technology is the Internet Protocol Suite (TCP/IP) which is not limited to the public internet. Some ham radio organizations are implementing IP links using microwave gear on the amateur radio bands so they are independent of the internet.

Another application in this category is remote operation of ham stations. That is, use an internet connection to control a ham station at another location. Sometimes people refer to this as the Long Microphone Cord Model (or maybe I just made that us). Hams do this with their own private stations but there are also shared stations established by radio clubs and commercial vendors (see Remote Ham Radio). With community restrictions on external antennas being very common, having a remote station available is very attractive.

This has turned out to be quite disruptive because so much of ham radio operating depends on your location, which is generally determined by the location of the transmitter. But now you can have a person sitting in downtown Denver operating a transmitter that is in Fiji. Kind of confuses things a bit. Regulatory issues also come into play: that transmitter in Fiji is going to fall under Fiji regulation which usually means needing an amateur radio license issued by the local government. The day is coming when a DXpedition to a remote island will consist of a helicopter delivery of a remote radio box (with satellite link and self-deploying HF antenna) that is operated by someone sitting at home using their smartphone.

Ham radio operators also use the internet for spotting and reporting purposes. Spotting has been around for a long time, which basically means letting other hams know that a particular station is on the air and can be worked from a particular location. Hams have done this without the internet but the internet certainly allows for more efficiency. Or at least a lot more spots. DX Maps is a good example of a spotting web site that supports lists and mapping of spots.

Radio hams also use the internet for coordinating radio contacts. One of the most extreme examples is the use of pingjockey for arranging meteor scatter communications. Typically, two hams will connect on pingjockey and agree to try a meteor contact on a specific frequency, with specific timing, etc. This technique is easy to abuse, either intentionally or via sloppy operating habits, because you can inadvertently share the radio contact information via the internet. However, properly used, pingjockey is a wonderful tool that promotes meteor scatter operating. ON4KST operates an amateur radio chat website that enables a wide variety of online communication and coordination between hams.

The Reverse Beacon Network (RBN) is a network of radio receivers listening to the amateur bands and reporting what stations they hear. These stations are often referred to as CW Skimmers because they skim the CW information from the received signals. RBN began with decoding CW but now also supports RTTY. There’s no fundamental reason it couldn’t be extended to other modes, even voice modes, with sufficient computing power.

PSK Reporter is a similar reporting system which accumulates signal reports from HF digital stations. As the name implies, it was first focused on PSK31 but has expanded to include other digital modes.

Weak Signal Propagation Reporter (WSPR) is more advanced propagation reporting system that uses transceivers and advanced DSP techniques. The compressed protocol sends the transmitting station’s callsign, Maidenhead grid locator, and transmitter power in dBm. WSPR lights up the world with low power transmitters and measures HF propagation on all bands in real time. Very clever system.
These worldwide networks produce a very complete picture of available propagation and stations on the air. Some hams complain that “nobody tunes the dial” anymore because they just rely on the station of interest to be spotted. DX stations often have the experience of huge pileup as soon as they are spotted on one of the networks.

For decades, hams have been keeping their radio logs using a wide range of software that is available.  This is a handy way of keeping track of radio contacts and tracking progress towards operating awards. More recently, online systems have been developed to allow radio contacts to be confirmed electronically. That is, instead of exchanging QSL cards as confirmation of a radio contact, both hams submit their log information to a central server that records the radio contact. The ARRL offers the Logbook of The World (LoTW) which supports these awards: DXCC, WAS, VUCC and CQ WPX. The eQSL web site was the first online QSL site, offering electronic QSL card delivery and its own set of operating awards. Club Log is another online electronic logging system. The popular qrz.com web site has added a logbook feature to its set of features.

Electronic confirmation of radio contacts is a huge improvement for ham radio. While many of us still enjoy getting a paper QSL card, collecting QSLs for awards is a royal pain. Mailing QSL cards is expensive, takes time and often involves long delays.

Here’s my analysis of the situation: Categories 2 and 3 mostly represent a net positive influence on amateur radio. These are straight up information age applications that provide useful and quick updates about radio propagation and radio contacts. Yes, there is some downside in that many hams become dependent on them instead of doing it the old fashioned way: turn the big knob on the radio and listen. Not a big deal given the benefits.

Category 1 is more of an issue for me. The major effect is that it enables worldwide communication a lot easier while using ham radio. This is what causes many hams to say That’s Not Real Ham Radio when the internet is used to do so much of the work. Focusing on the actual radio wave propagation, there is really no comparison between working DX on the 15m band and making the same QSO with a UHF DMR handheld piped through the internet.  At this point, I try not to overthink the issue, dropping back to The Universal Purpose of Amateur Radio is to Have Fun Messing Around with Radios. So if chasing DX on 15m floats your boat, keep on doing it. If the DMR handheld provides enjoyment for you, I’m OK with that, too.

Perhaps more importantly, we can’t really stop the impact of new technology. Oh, I suppose the amateur radio community could petition the FCC to restrict Category 1 use of ham radio. There could be regulations that limit the use of the internet being interconnected with Part 97 radio operation. However, that would have an even bigger negative impact on the hobby by arbitrarily restricting innovation. Imagine if we had to tell technically-minded newbies in the hobby that “well, we have this rule that says you can’t actually use the biggest technology shift in the 21st century” while using ham radio. We do have some rules concerning awards and contests such as you can’t use a VoIP network to quality for DXCC. There will probably be more of that kind of restriction occurring as technology moves forward, which is fine by me.

When it comes to technological change, its often difficult to predict the future. Some of it is easy: we’ll see higher bandwidths and more wireless coverage on the planet as 5G and other future technologies roll out.  Figuring out how this affects ham radio is a bit more difficult. Right now, there are still remote locations that aren’t on the network but that will change. I expect even remote DXpeditions to eventually have excellent connectivity which could lead to instant check QSLs. (That’s kind of happening already but it could become more of a realtime event.) As systems become smarter (e.g., machine learning, artificial intelligence), distributed systems will become more automated. We can expect more automation of ham radio activity which will certainly be controversial. Did you really work that other station if the software in your home ham station did it while you were away at work?

To wrap up, I don’t think the internet is ruining amateur radio but it is certainly changing it. The key is to keep having fun and enjoying the hobby. If you aren’t having fun, you probably aren’t doing it right.

The post Is the Internet Destroying Amateur Radio? appeared first on The KØNR Radio Site.

17 Responses to “Is the Internet Destroying Amateur Radio?”