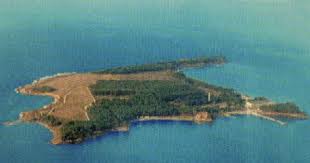 I was planning on spending some time this weekend participating in IOTA contest...but...I got called into work and by the time I got home and settled in I was only able to put in about an hour toward the contest. This is the first time I had taken part in the contest and was surprised at the turn out, this is a very busy contest for sure. I had hoped to add to my DXCC count by taking advantage of some of the rare islands. I did hear lots of rare DX but that was as far as it got to making any sort of contact. I found the bands to be so so there was an M6 flare along with an R2 radio black out that did not help out conditions. Despite the conditions I was able to make 8 contacts.
On all my contacts I tried with the lowest power possible and worked my way up until I made contact. If  I was at full output (5 watts) and still could not make contact it was time to move along.

I had seen CY9M on the band scope but they were super busy and with my 5 watts I felt I did not stand a chance. This morning there was an email on the Elecraft reflector from WB2LQF stating he had worked CY9M on both 20m and 30m's with his Elecraft KX3 and using 5 watts to do it!!! So I am back at it now and it's still busy but I am going to give it a go again this afternoon and evening. I just checked out WB2LQF's web page (see link above) he also uses attic dipoles such as myself.....now it's GAME ON!!!