I had hoped for better results

20 March 2016 | by Larry W2LJ  |  Share |  Tweet |  Leave a Comment (0)
As planned, I went and activated Morristown National Historical Park (HP28) for NPOTA. Things didn't turn out as well as I had hoped; but it was still a good time nonetheless. 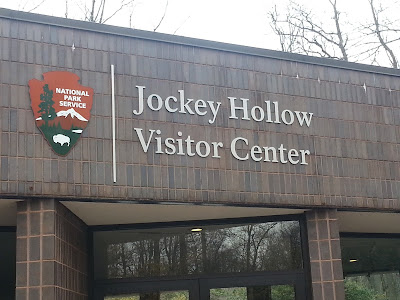 I got to the park on time, right before Noon (1600 UTC).  I allowed my TomTom GPS unit to bring me up to Jockey Hollow via a new route which I had never taken before. This brought me up through the Great Dismal Swamp, which is designated as a National Wildlife Refuge.  It is truly a beautiful area and as I was driving through, I could see herons and egrets and all sorts of birds in the marshes. Seeing that the Great Dismal Swamp is designated as a National Wildlife Refuge, I was wondering why it's not listed as one of the NPOTA WR entities.  A little Googling revealed that the Swamp is administered by the United States Fish and Wildlife Service and not the National Parks Service. That's a shame because that would be a really beautiful area to set up a portable operation from.

Anyway, I got to the Park and got set up, which by now, only takes me a few minutes. After so many lunch time QRP sessions, I could do this in my sleep, or with my eyes shut. 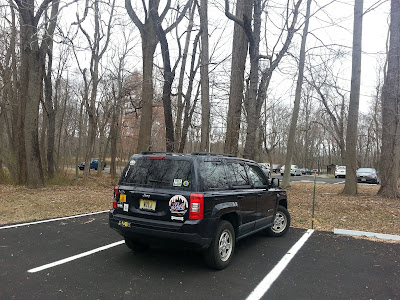 Since I was planning on operating some SSB in case there was a lack of activity, I brought along my big, heavy Werker deep cycle battery. I figured that this way, I could operate for an extended period of time at the 10 Watt SSB level if I needed to. And boy, did it turn out that I needed to!

The first thing I did after setting up was tune to around 14.061 MHz - the neighborhood of the QRP Watering Hole. I was shocked by what I heard - wall to wall CW signals! There was literally nowhere to sit where there wasn't a station calling "CQ TEST".  I didn't realize that today was the RUDX, the Russian DX Contest - and boy, it filled the band!

I went on up to 17 Meters and heard some Europeans that were very loud. Knowing that meant the band was wide open, I easily found a clear spot at 18.082 MHz and proceeded to call "CQ NPOTA". The band was wide open, but as it turned out, there wasn't much if any activity. I worked K0IG right off the bat and then ...... nothing.

Not wanting to waste too much time, I got out of the Jeep and switched from the Buddistick to my 40 Meter Hamstick.  I went down to 7.037 MHz, called CQ and was greeted by the normal NPOTA pileup. I was stoked and began to work station after station. The only bad thing was that the initial pileup lasted for only a few minutes, and then I began the monotonous routine of calling "CQ NPOTA" and waiting minutes in between answers.

Getting bored, I decided to give 20 Meters another try. Off came the Hamstick and up went the Buddistick.  I called CQ for a bit and got a couple of QSO completed on 14.060 MHz, but it was tough.  The stations calling me were loud, but their calls were being blanketed by even louder DX stations. Those guys had to be using mondo power.  How much do they allow over in Europe, anyway?

Sitting there, disappointed as heck, I was ready to pack it in and head home a bit early. Then an inspiration occurred that maybe I should give 20 Meter SSB a whirl. Even though I'm not an avid fan of SSB, I decided to give it a shot. I was rewarded with a small run of about a dozen stations before that too, ended up petering out.

I had gone up to HP28 with a spiral notebook, thinking I would fill pages with call signs. After all, my outing to TR23 in January netted me over 80 QSOs. For some reason. I was thinking I would break that record easily. Just the opposite happened!  I ended up with only 27 QSOs - but you know what?  I discovered that a bad day of Amateur Radio is STILL better than a good day at work. So I'm a happy camper, anyway.

This only gives me more incentive to go back up to HP28 later this year, but this time throw a wire into a tree.  I know that's kind of verboten, and on Facebook, someone actually related how they were asked to leave a park the other day for doing that. With that in mind, just before I left, I went to the visitor center and explained that I was an Amateur Radio operator and what NPOTA was (she knew what it was, by the way) and asked if there was any prohibition about wires in trees. She said as long as it was temporary, and would cause no damage and would not interfere with anyone else's visit, that they were OK with it.

So when I got back to the car, just for the heck of it, I attempted to launch a line over a limb just to see how it would go.  30 plus feet on the first try.

I'll be back, Jockey Hollow!