31 August 2014 | by Larry W2LJ  |  Share |  Tweet |  Leave a Comment (2)
It was once again a busy Saturday.  I rewarded myself with a bit of radio time in between mowing the lawn and starting dinner.  I hadn't looked at the contest calendar beforehand and had no idea if the bands would be full of ravenous contesters, so I headed off to the relative quiet of the WARC bands.

There was a H U G E pileup just above 18.077 MHz.  Some listening revealed that it was indeed a "holy pileup" as the quarry of the hunt was HV0A - Vatican City. And he was loud - very loud! In 36 years of Ham Radio, this was about the second or third time that I have ever heard the Vatican on the air. I have never worked them before. 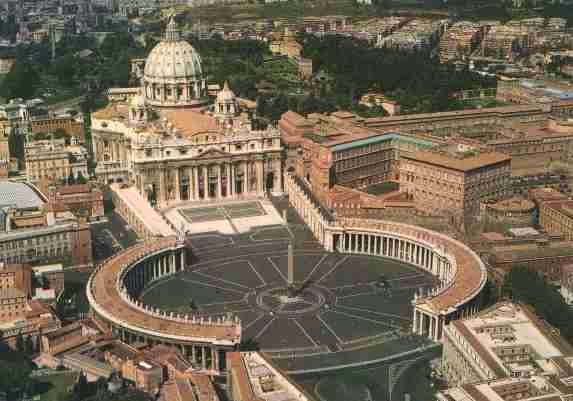 But today, with them being that loud (599+), I felt I stood a chance. In case you're wondering, wonder no more.  My QRP sensibilities took a backseat and I pumped up the KXPA100 to its full 100 Watt setting. How many times have I heard the Vatican?  Again, only once or twice before - it's rare for them to be on the air, for me to be home at the same time, and for propagation to be so favorable.  I wasn't about to let some false sense of QRP Pride get in the way of getting a rare and new country in the log.

The operator was smooth and was handling the pileup quickly and efficiently. Operating split, he was running a standard racetrack pattern. He was listening slightly higher up after each QSO until he reached a certain frequency and then began listening down unilt he reached a frequency about 1 kHz above where he was transmitting. The he began listening up again, starting the whole cycle over again. Almost exacty like trying to work any of the ARRL Centennial stations - once I figured out his pattern and approximately how much higher he moved after each QSO, I made my plan to "get in his way". After about 6 or 7 attempts, I got in the log. If I ever hear the Vatican this loud again, then next time will be a QRP attempt, this time I'm just fat, dumb and happy.

According to the CW Ops e-mail reflector, the operator was Robert S53R, CW Op #492.  Whomever, he was, he was good!

This is one QSL card that will be framed and hung on the shack wall, once I receive it.