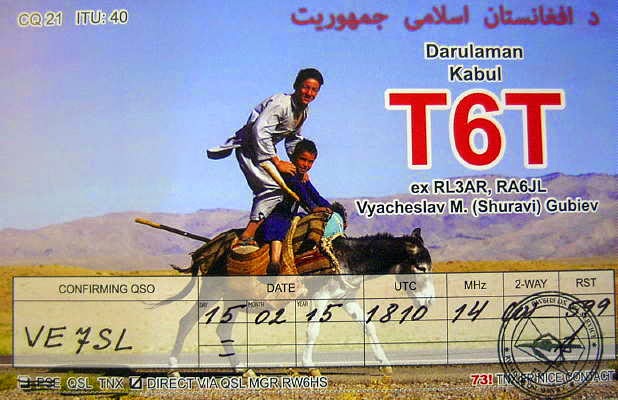 Ever since receiving my first QSL in the mail, as an 11 year-old SWL in Cycle 19, I've always loved getting new cards. Strange as it sounds, I can still recall the fresh ink smell and the brown manila envelope that arrived from "Switzerland Calling". In those days the world was a much larger place and Switzerland may as well have been on the moon. It was a world away ... and the envelope was addressed just to me!

I had a similar thrill this week, when my rural mailbox revealed a much-needed card from Afghanistan. It was from Shuravi, T6T, worked a few weeks ago on 20m ... surprising, as he was using just a low wire dipole supported with bamboo poles.

The card confirmed DXCC country #335 for me with most of them, like T6T, being on CW.

I keep a separate country count, and albums, for my two favorite bands ...160m and 6m, where it seems that new ones come either very slowly or in bunches.

As of today, my 160m total stands at 154 worked and confirmed while my total on the magic band stands at 86 worked and 85 confirmed ... proof of the Pacific  Northwest's 6m black hole phenomenon. Sadly I neglected to quickly post a card to 4U1UN for a Saturday morning F2 QSO during Cycle 21. Later attempts proved futile as the logs were subsequently destroyed in a small fire.

The nine remaining DXCC countries will be tough, as, from what I can determine, there is little or no regular amateur radio activity from most of them:


I've stayed away from e-QSLing as the look and the feel of a written paper card, was one of the first things that attracted me to the hobby and it seems, to me anyway, an important ham radio tradition to keep alive as long as possible. After all these years, I'm still hooked on QSLs. 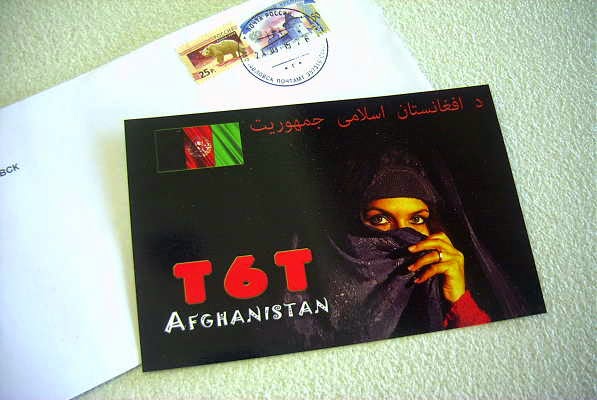 7 Responses to “Hooked On QSLs”