The CQ Worldwide DX SSB contest was last weekend and I applied my signature HF Slacker™ operating methodology to this event. Most of the HF gear I have is kept at our cabin in the mountains but I had to be at the house this weekend due to some commitments. I decided to apply Field Day principles and rig up whatever I could with equipment on hand. 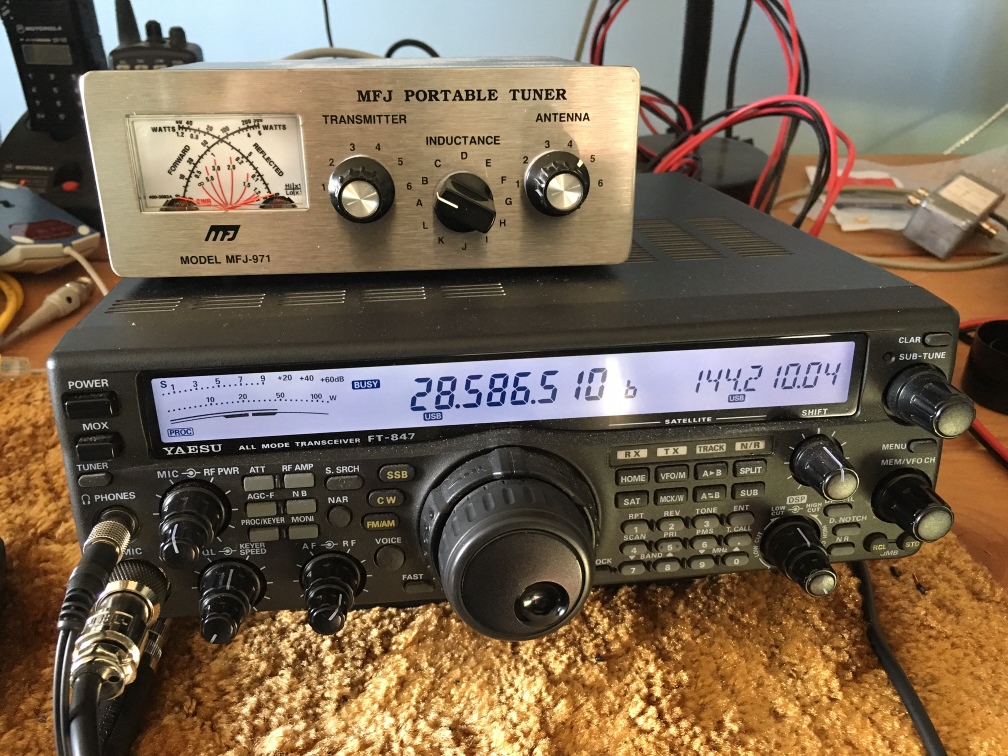 I dug out the Yaesu FT-847 transceiver, an MFJ antenna tuner and a half-size G5RV antenna to configure a basic HF station. Using a fishing pole to cast a steel washer over a tall tree in the back yard, I rigged up the antenna between the tree and the house. The G5RV is a compromise antenna…I’d much rather have something like a trap or fan dipole. But it’s what I had on hand, so I made it work. The impedance presented by this antenna is all over the map, so a decent antenna tuner is a must. 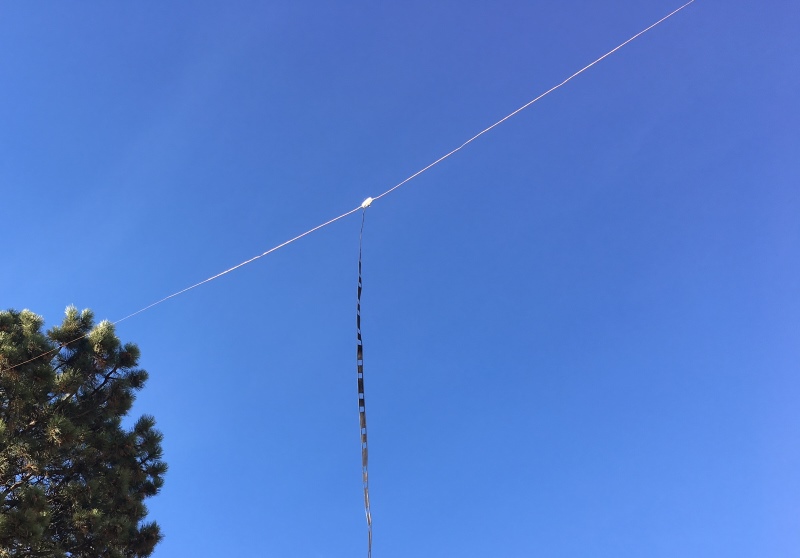 I started out on 15m with a few contacts to Europe and Central America. Later I moved up to 10m and made even more contacts there. I was mostly searching around for the best DX but still working a few stateside stations. Later in the afternoon, the bands swung towards the west and I managed to work KH7CW and JR3NZC before going QRT for the day.

Sunday morning brought more propagation, first to Europe, then the Caribbean and South America. The high point was working AHØBT in the Mariana Islands and VK2GGC in Australia. AHØBT was not real strong, maybe S5 at my location so I thought I’d struggle to punch through the noise and QRM on the band. However, it only took a couple of calls to make the contact. That’s what I like about the 10m band!

I used the N1MM logging program during the contest. A snapshot of the log is shown below. 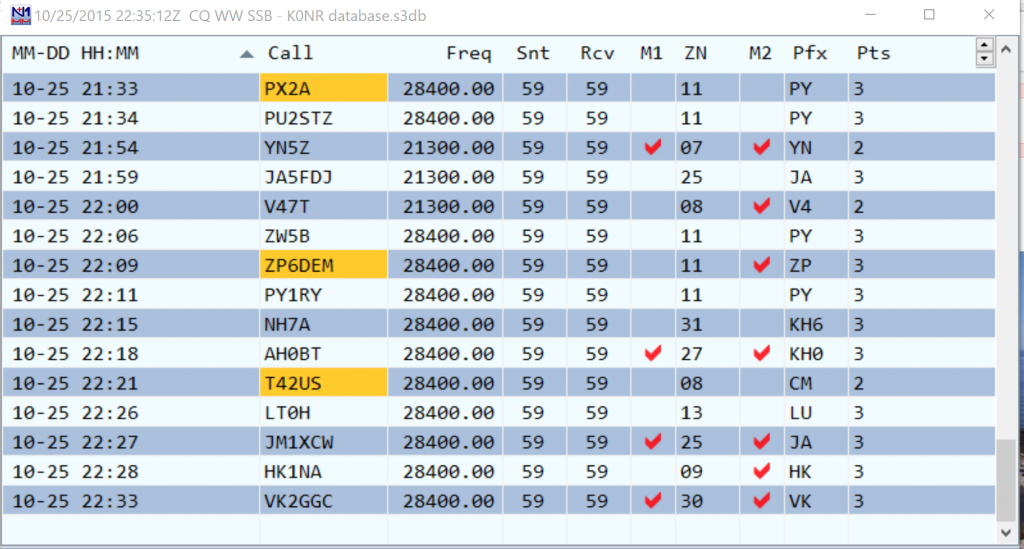 I only worked the contest intermittently on Saturday and Sunday, maybe 5 or 6 hours total operating time. Still, I managed to work 49 countries and 30 CQ Zones. That’s half way to DXCC on one weekend with a very basic HF station. Radio contests stimulate activity and DX contests bring out the DX. I point this out to encourage others to give it a try, even if they don’t have huge antennas on a tower and a linear amplifier.  Almost all of my contacts were on 15m and 10m, which tend to be more productive when conditions cooperate. Twenty meters gets jammed with high power stations so it is often tough going for the little pistols.

Another weekend of having fun messing around with radios. Even if I’m an HF Slacker™.

One Response to “HF Slacker Operation for CQ WW SSB”