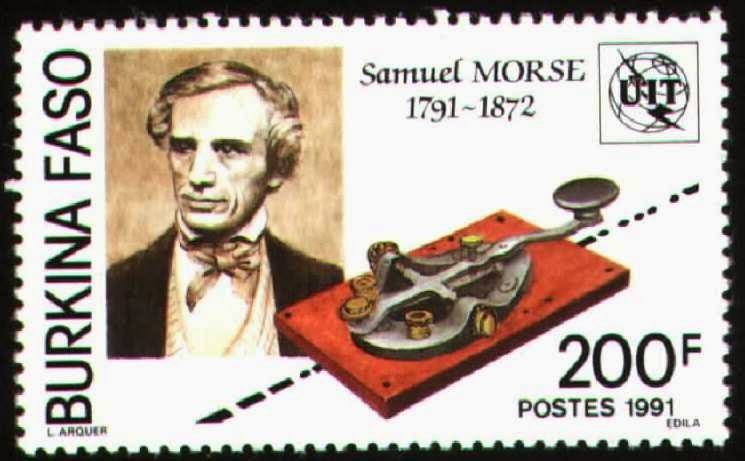 Does this make Samuel the original "Old Man"?  Sorry Mr. Maxim*, I think Mr. Morse has seniority on you for that title, as Mr. Morse would be celebrating his 224th birthday today, were he of the kin of Methuselah.

Now that QRPTTF is over, except for e-mailing in my log summary, I thought I'd post where my signal was being heard on Saturday, according to the Reverse Beacon Network. 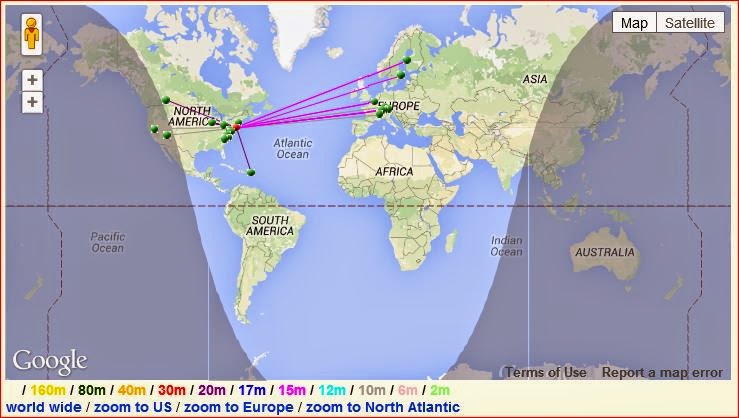 Even though I didn't make any contacts on 15 Meters, it appears my signal was leaping over The Pond.  Not the loudest, but still making it.  Here's as much of the table was I was able to snip. 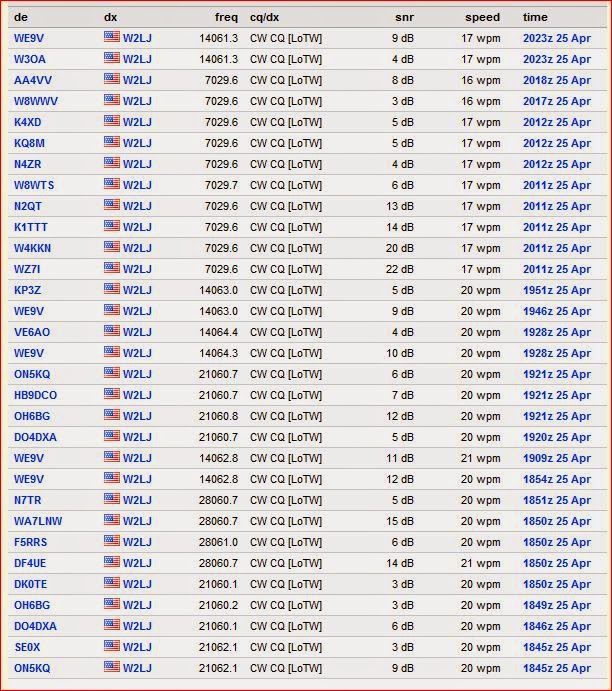 ﻿
Bob W3BBO and I were discussing QRPTTF yesterday amongst ourselves, and it occurred to both of us that the western half of the nation seems to have reported larger QSO totals than the eastern half of the nation. This based on e-mails sent to QRP-L that we had read. Not sure what that means, but so far I haven't seen many e-mails from anyone east of the Mississippi with log summaries of around 40 QSOs or so. It will be interesting to see how it breaks down geographically once the results are in.

The EARCHI does get heard, and being on the top of a high hill (we call those mountains, here in NJ) sure makes a difference. And this makes for the other important lesson I've learned from events such as these.  As nice as it would be to come in 1st place in a contest such as QRPTTF, the real prize won is enjoying a day outdoors, playing radio in the fresh air and sunshine, being able to forget about everyday worries, cares and concerns, even if it's just for a couple hours.

* - For those of you who are new to the Ham radio game, Hiram Percy Maxim who founded the ARRL, often wrote editorials under the pseudonym "The Old Man". Since HPM lived from 1869 - 1936. I guess that makes Mr. Morse the rightful holder of "The Old Man" title.
Larry Makoski, W2LJ, is a regular contributor to AmateurRadio.com and writes from New Jersey, USA. Contact him at [email protected].