Ham radio and the Superbowl 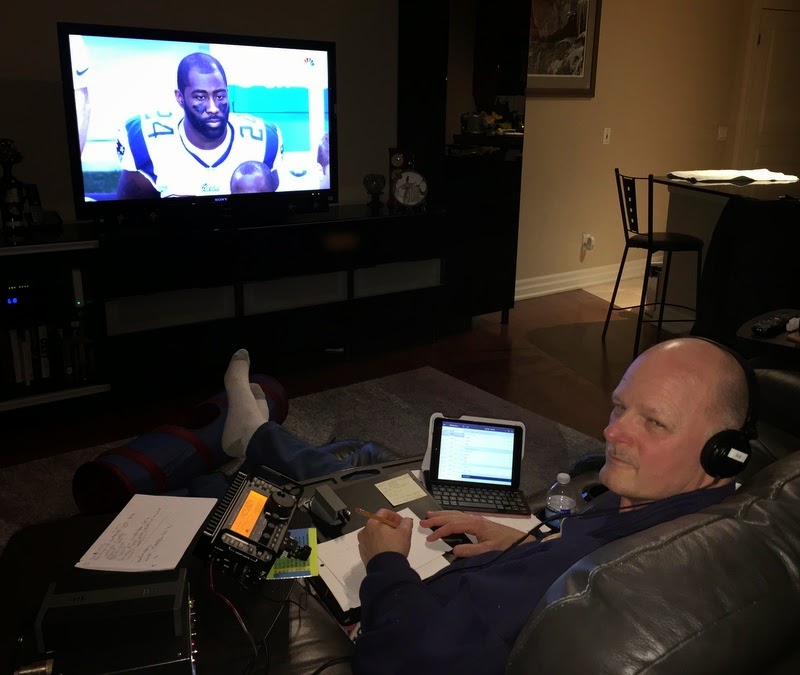 As most know today is Superbowl Sunday and most if not all are watching the game and for sure the half time show. I wanted to include ham radio in my Superbowl Sunday, so I was able to have radio to my left and the football game straight on in front of me. I made three contacts all State side North Carolina, Michigan and Missouri. I did have another op deep in the noise floor trying to contact me after one on my contacts ended. After several tries it just was not going to happen so we both moved on. The bands I stayed with were 20m and 30m I am not sure what the condition were like on the bands but I was being heard in the U.S. according to the reverse beacon network.  No huge distances were made this evening but I was able to get a good morse code workout.
Mike Weir, VE9KK, is a regular contributor to AmateurRadio.com and writes from New Brunswick, Canada. Contact him at [email protected].