I was finally able to put the finishing touches on the new GW3UEP Class-E transmitter by mounting the hardware on a small 19" panel.

Added to the panel were a 5A DC meter to monitor drain current, a keying jack and a key shorting-switch for keydown testing. This is the third version I have built using the design on Roger's page, with all three performing pretty much as advertised. It is an inexpensive, easily reproducible design.

I made one small change in the third version (above) by adding an additional FET in parallel with the single IRF540 thus cutting heating dissipation as described in an earlier blog. At normal CW keying speeds, no heatsinking seems needed on this particular version, when operated on 12VDC. Anything a little higher or any QRSS modes would require heatsinking. I did eventually add two small heatsinks in case I chose to run QRSS at some point. 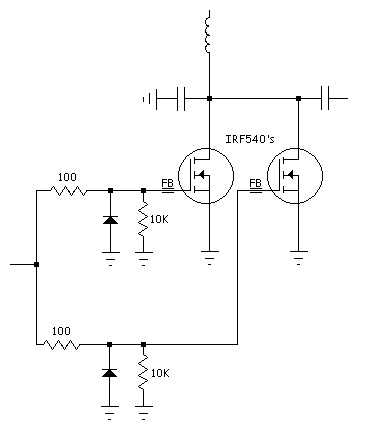 When operated at 12-13V, the measured output power is around 25W while at 22-23V, the output is around 70W. I suspect that you could get in excess of 100W out, at higher voltages and larger heatsinking or by blowing the sink with a small fan.
The main function for the new transmitter will likely be as a semi-permanent beacon as well as for a small signal source when tuning the antenna. I may also use it in the WSPR mode with a modification to the oscillator section. One particularly nice feature with the Class-E design is that with no load at all, the current drops to almost zero, should the antenna suddenly fail.
If you live in VE7 or across the border in W7 land, please have a listen on 475.0 KHz and let me know if you can hear the "VVV" beacon over the next few days!
﻿
Steve McDonald, VE7SL, is a regular contributor to AmateurRadio.com and writes from British Columbia, Canada. Contact him at [email protected].