30 December 2016 | by Larry W2LJ  |  Share |  Tweet |  Leave a Comment (0)
"Going cold turkey" - a phrase familiar to some - unfamiliar to others. Perhaps many of my readers from outside the US have never heard of this American slang term before.  It means to break a habit ...... by stopping.  If you happen to smoke and decide to stop "cold turkey", that means stopping. Period. No gradually smoking less and less until you quit. Nope, you throw away your last pack of cigarettes into the trash can and never smoke again.

I smoked for a very brief period of time (maybe 1/2 a year) when I was in college and to this day, I'll enjoy a cigar at a wedding, if they're being offered; but I never smoked to the point where it became a habit. I can imagine though, for a hard core chain smoker, the thought of going "cold turkey" probably produces cold sweats and chills down the spine.

Thanks to the ARRL, many of us have become addicted to National Parks on the Air.  I say that in a teasing and friendly manner.  But the fact remains that for the past 12 months we have really enjoyed chasing and activating the over 400 National Park System entities. 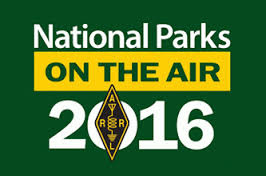 A lot of folks went in whole hog and seemed to make it their mission to activate as many entities as possible.  Some made it a family affair, taking their spouses and children on a tour of the USA. Some seemed to take a sabbatical from work in order to satisfy their craving.  Some slept in cars, hopping from site to site, alternately activating and then hunting for a spot with WiFi so they could upload their logs to Logbook of the World.  A lot were like me, activating sites that were relatively close to home when chores and family commitments allowed some of that seemingly rare  commodity - free time.  One thing seemed certain, though, whether you were a hard core NPOTA'er or just an occasional dabbler ...... everyone who got involved had a good time.

So it is with mixed emotions that I anticipate the end of NPOTA 2016.  I will always have fond memories of my activations, and of how I incorporated NPOTA into the 2016 NJQRP Skeeter Hunt, and of the many hours I spent behind the key (and microphone) as a chaser. I think I spent more time behind the microphone this year than in all my 38 years of Amateur Radio combined.

I will also fondly remember the friendships that have formed with many activators and fellow chasers on the air and through the NPOTA page on Facebook.  Call signs have become names and faces instead of just random letter/number combinations.  In a few instances, Hams that I have known for years and have only worked via Morse Code have now become familiar voices! And when was the last time a fellow Ham gave you cookies or a pizza for working them? Chalk up those innovative ideas for fellowship to NPOTA!

For many, NPOTA became an opportunity for us to rethink how we thought about Amateur Radio. A lot of us had to shed all previous notions and start thinking outside the box. For many it was the first time they ever operated outside the home Shack other than Field Day. NPOTA became a fantastic opportunity to learn about what works and what doesn't.  Many of us became more in tune with our equipment, using it in ways we never had before, expanding our capabilities and experiences. It was an opportunity for many to build and experiment with new antenna systems, new power systems, new ways of doing things that were previously taken for granted. For many of us, it also became a school for learning (real fast!) how to improvise when piece of equipment was forgotten; or how to make quick (and sometimes not so pretty) repairs when something would break or malfunction.  Through it all, we became better Amateur Radio Operators because of it; and there's no amount of money you can place on that.

It will be very hard for all NPOTA'ers when 23:59:59 UTC rolls around on December 31st and it's all gone; and we're all going "cold turkey". As far as this particular event is concerned, microphones and keys will go silent and we'll only have the sweet memories of the past 12 months to comfort us. It will seem strange not to turn on the rig and twiddle the dial looking for that new entity to work - looking for familiar call signs that we could count on to be activating some new place of historical significance.

So many thanks go out.  To Sean Kutzko KX9X and Norm Fusaro W3IZ from the League, who did a magnificent job tending and managing the NPOTA program. To the ARRL for sponsoring the event and making the resources available that  are necessary to run something of this magnitude.  Web space and server space don't grow on trees, so the next time you're ready to grouse about "What does the ARRL do for me?" ....... well, here's a good example. 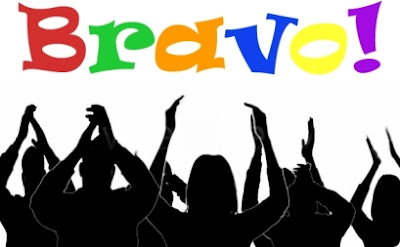 Thanks to the many before mentioned activators, who provided me with so many moments of fun as well as so many moments of anticipation, and yes, even some moments of frustration.  Many thanks to the chasers who worked me (and will work me tomorrow during my two, final activations). Without all you fine folks, this NPOTA concept would have been just that - a concept.  You all breathed life into what may well go down in history as the most fondly remembered activity the ARRL ever sponsored.

Lastly, so many thanks to the National Park System and its employees. You have been the most kind and gracious hosts to all of us these past twelve months. You not only were knowledgeable and competent guides, you also became good friends.  We are in your debt for your generous hospitality.

72 de W2LJ
QRP - When you care to send the very least!
Larry Makoski, W2LJ, is a regular contributor to AmateurRadio.com and writes from New Jersey, USA. Contact him at [email protected].