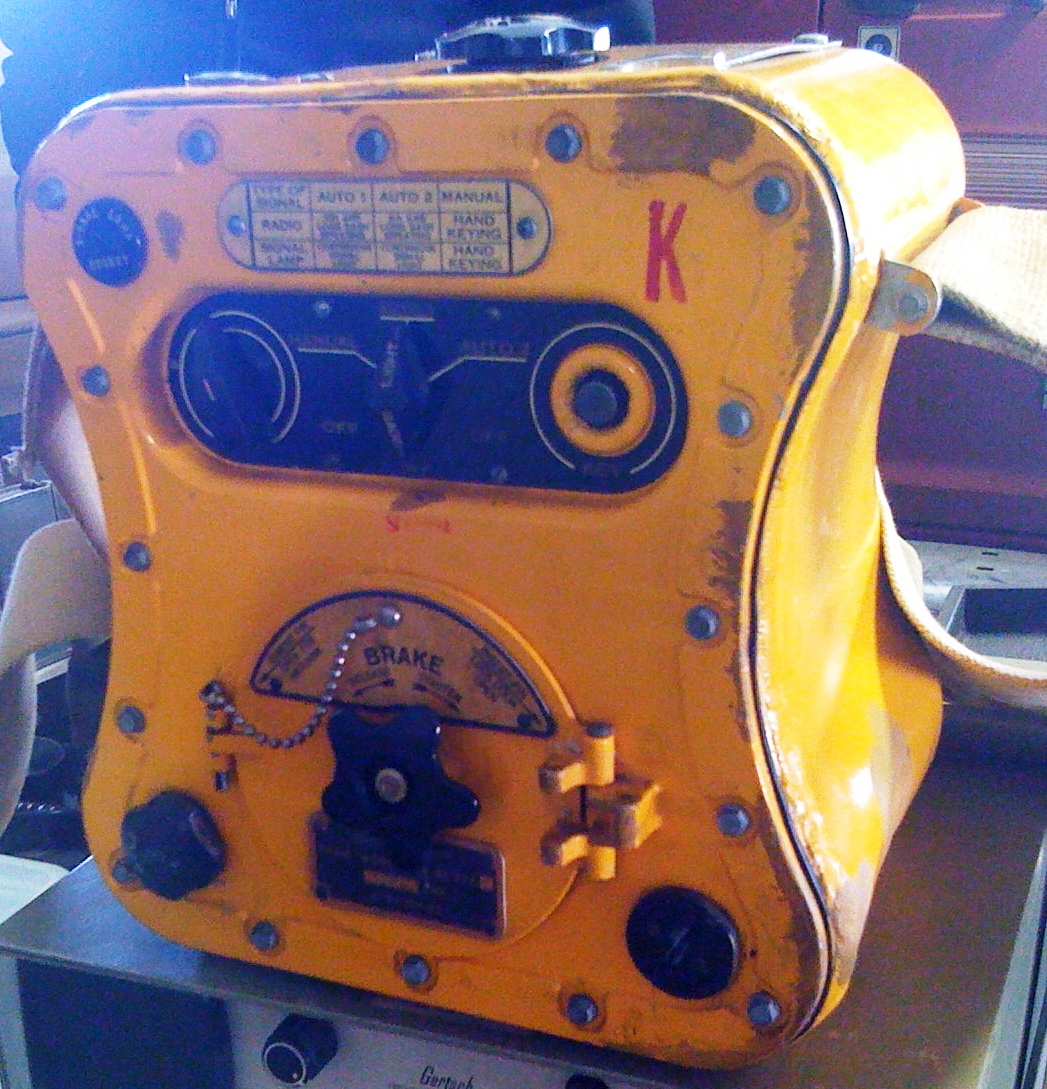 I have recently finished reading “Unbroken” by Lauren Hillenbrand which is a compelling and in parts disturbing account of the life and especially the World War II exploits of the US Olympic runner Louie Zamperini. Within the book there is the mention of an emergency radio called a ‘Gibson Girl’ which I had not heard about.  Upon investigation I found details of the radio on Louis Meultsee’s website “Radio for the Warrior”.  He explains that this radio is derived from a German emergency radio, the NSG2 or Not Sende Gerät 2 which had been retrieved by the British during World War II.  They had copied the design and made their own called the ‘Dinghy Transmitter T-1333′. In 1941 another retrieved German set was sent to the USA and that led to the development of the SCR-578 which became know as the ‘Gibson Girl’.  This nickname is attributed to the curved sides of the radio which were to facilitate the gripping of the radio between the legs to aid the hand cranking of the generator.  This seems to have reminded people of the shape of the women drawn by Charles Dana Gibson in the late nineteenth century.

The German, British and American radios operated on the international distress frequency of 500kHz. Crystal controlled oscillators were used in the German and British radios, but the Americans used a valve based oscillator. A circuit diagram can be found at the ‘Radio for the Warrior’ website. Inside an enclosure in the radio was a reel of wire for the antenna (you can see the circular hinged door in the photograph above) which could be raised by a kite.  There was a variable capacitor for tuning the antenna (see the circuit diagram) which could be adjusted from a knob on the radio front.  Power was generated by hand cranking and there were two automatic modulation modes, which included ‘SOS’ and a long dash (presumably for direction finding) as well as a manual keying mode.  Beside the radio signal a light could be generated by the cranking of the set and modulated too.

Along with the kite there were a range of other included accessories that are listed here, plus a photograph of an operator who looks were much like he is not in a survival situation! An article about the radio with some focus on the kite came out in issue 93 of  ’The Kiteflier’.

After World War II the radio was continued to be produced and it moved into the shortwave bands by using the emergency frequencies of  8280 or 8364 kHz.

If anyone has one of these radios in their possession and has photograph or if they have used one I would be interested to hear.

Finally, if you want to know more of the Louise Zamperini story and do not expect to be reading the book ‘Unbroken’ then watch the video below.  If you think you may read the book then I strongly recommend not watching the video as it reveals so much of the story.