Getting Ready For The ’29 QSO Party 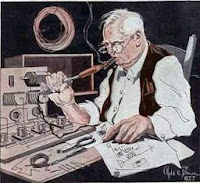 Although the Bruce Kelly 1929 QSO Party is not until December, now is really the time to be putting something together if you've been thinking about getting in on the fun this year!


Like almost all of the operating in 1929, this is a CW only affair and if you've taken a listen in previous years, you know that the chirps, yoops, sudden frequency excursions and musical notes are all part of the original difficulties faced by the boys of '29 as they struggled with the relatively new adventure of 'amateur radio'.

Why 1929 you ask? It was the Radio Act of 1927 that came into effect in 1929 that laid out the foundation and future of amateur radio, with most of the early tenets still in effect today. The BK QSO Party celebrates the turning point in what had been pretty much a radio 'free-for-all' up until that time. Real progress was made quickly once the ground rules were established.

Rules of the BK Party require that all transmitters use tubes that were available in 1929 or earlier and must be self-excited ... no crystals allowed! This might seem to present a daunting task but in reality there are many readily available tubes that will make your transmitter legal.

In three previous blogs I've outlined some of the construction options available to new BK entrants and you can probably find enough information there to get you well on your way to some mid-winter fun. You will find links to these on the sidebar to the right.

Over the past three years I have posted a lot of 1929-related material, covering construction as well as BK Party activity. You can get all of these '29 blogs here and get enough bedtime reading for the week and hopefully, enough inspiration to grab the soldering iron and think about throwing something together for the party ... and it doesn't have to be pretty, as long as it works and is 'legal'! As well, my website has detailed construction information for three of my own '29-style transmitters.

I'm always impressed with the level of operating seen in the BK Party. For some reason, these guys can copy the weakest most awful sounding signals with ease. If you can get something going with a couple of watts or more, I guarantee that you will be heard and will work many of the '29 stations ... just don't wait to late to start building as I'd hate for you to miss all the fun! 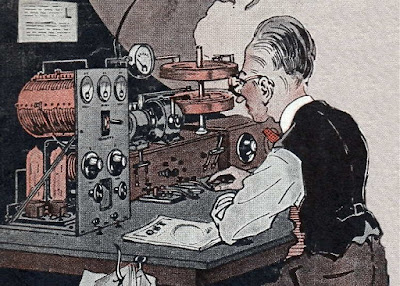 One Response to “Getting Ready For The ’29 QSO Party”