JOTA is an annual event in which Scouts and Guides all over the world make contact with each other by means of amateur radio, giving them an opportunity to experience wireless communication and electronics. 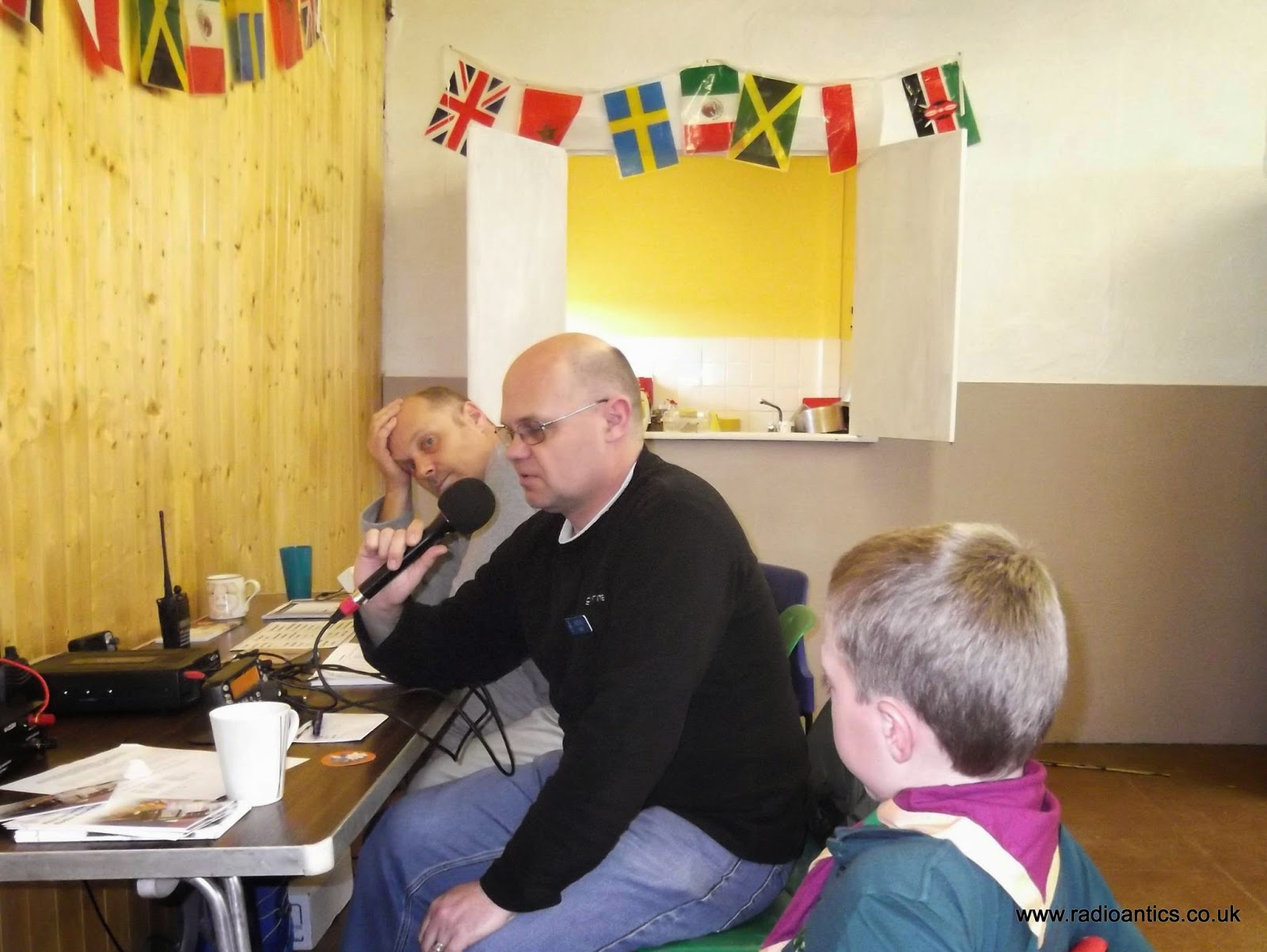 This was a first for both SKARS and the Scout group and we set up a SSB voice station and a data mode station primarily running PSK. The QTH was the Scout hut in the village of Foston, between Newark-on-Trent and Grantham (IO92PX)

Nigel (M0CVO) and Sean (M6ENN) ran the SSB voice station as well as supervising the popular Morse key trainer. This allowed the children to tap out their names using a crib sheet and gave them a certificate to acknowledge their achievement. Working voice proved challenging due to the high noise level in the hut due to the other scout activities. Despite this they still managed to work stations mainly on 20 and 40m. Nigel ran a Kenwood TS-480SAT into one of his own M0CVO DBD-2040 loaded dipoles at approximately 100W 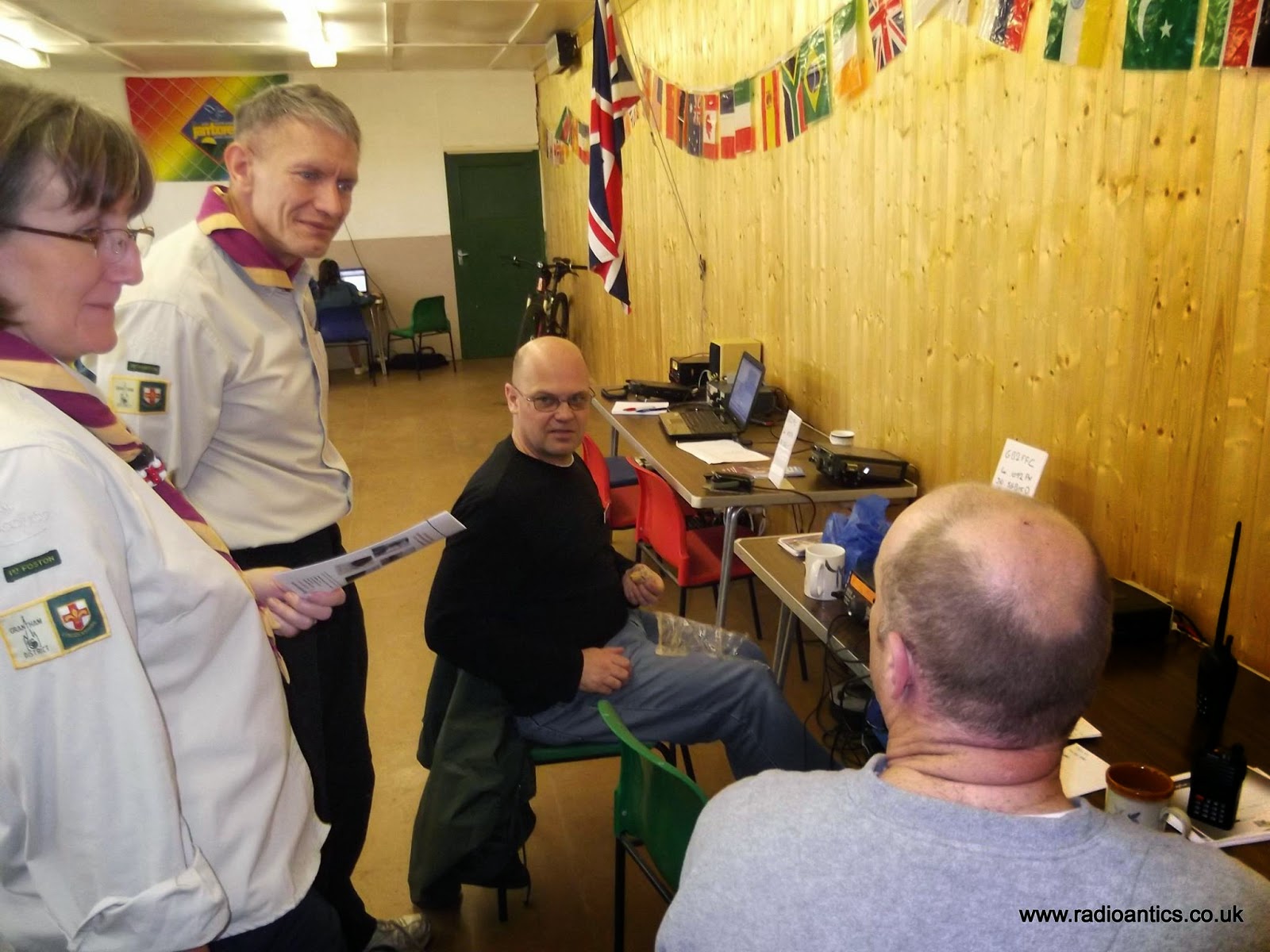 I operated the data station consisting of my FT-857D and interfaces connected to a laptop running PZTLog feeding a M0CVO Magitenna at 30W. I also had my Czech morse key connected to the TR9500 acting as a sounder and they really like the military style key.

Explaining the PSK datamode and what the program was doing to young children was quite challenging. The Scout group were also running JOTI (Jamboree on the Internet) which consisted of laptops running an IRC chat application allowing world wide groups to talk to each other so the distinction between that and the slower PSK station was a bit difficult for some of them to grasp. Thankfully there were two very intelligent and enthusiastic Scouts who got the idea and understood the QSO process and were soon explaining it to the other Scouts leaving me free to type and push the macro buttons. One of them described it as 'awesome!' 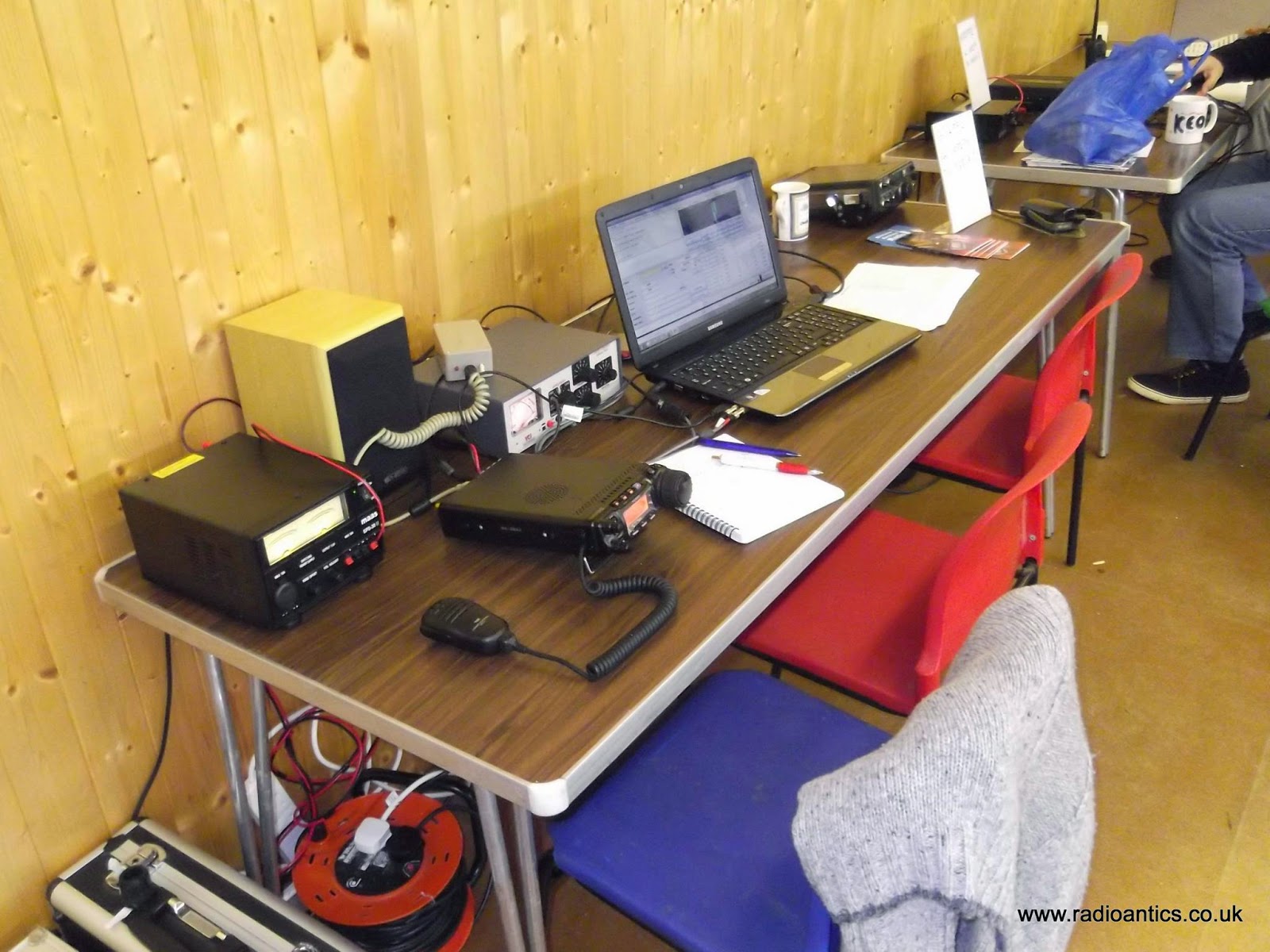 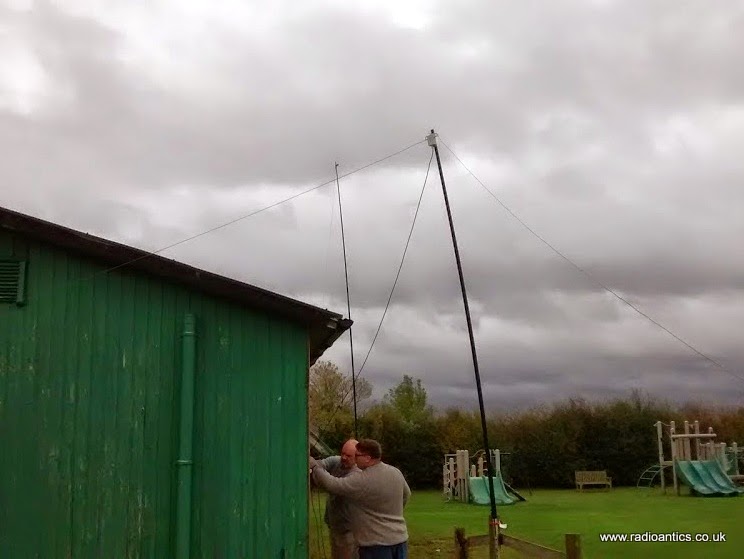 GB2FFC ran from 09:00-15:00 UTC on the Saturday and 12:00-15:00 UTC on the Sunday and made 88 QSOs in total, mostly other amateurs but we did manage a number of other JOTA stations in both modes. The whole event was great fun and we were made very welcome by the Scout group. The enthusiasm was infectious so hopefully it will be the start of a regular annual club event helping out the Scouts for JOTA - plans were already being sketched out for next year, maybe involving camping!

Here are the PSK QSO maps for the weekend. Saturday was on 20m and 15m and were just European, Sunday I was operating mostly on 10m hoping for some transatlantic contacts, and did make a couple in the short time we had - didn't quite manage to connect with some South American and Asian stations but they could be seen and decoded to the delight of the children. 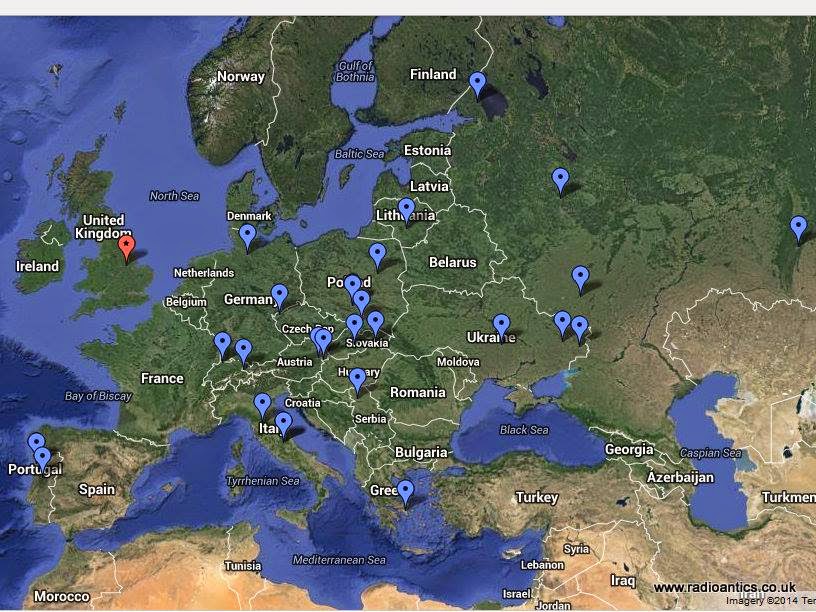 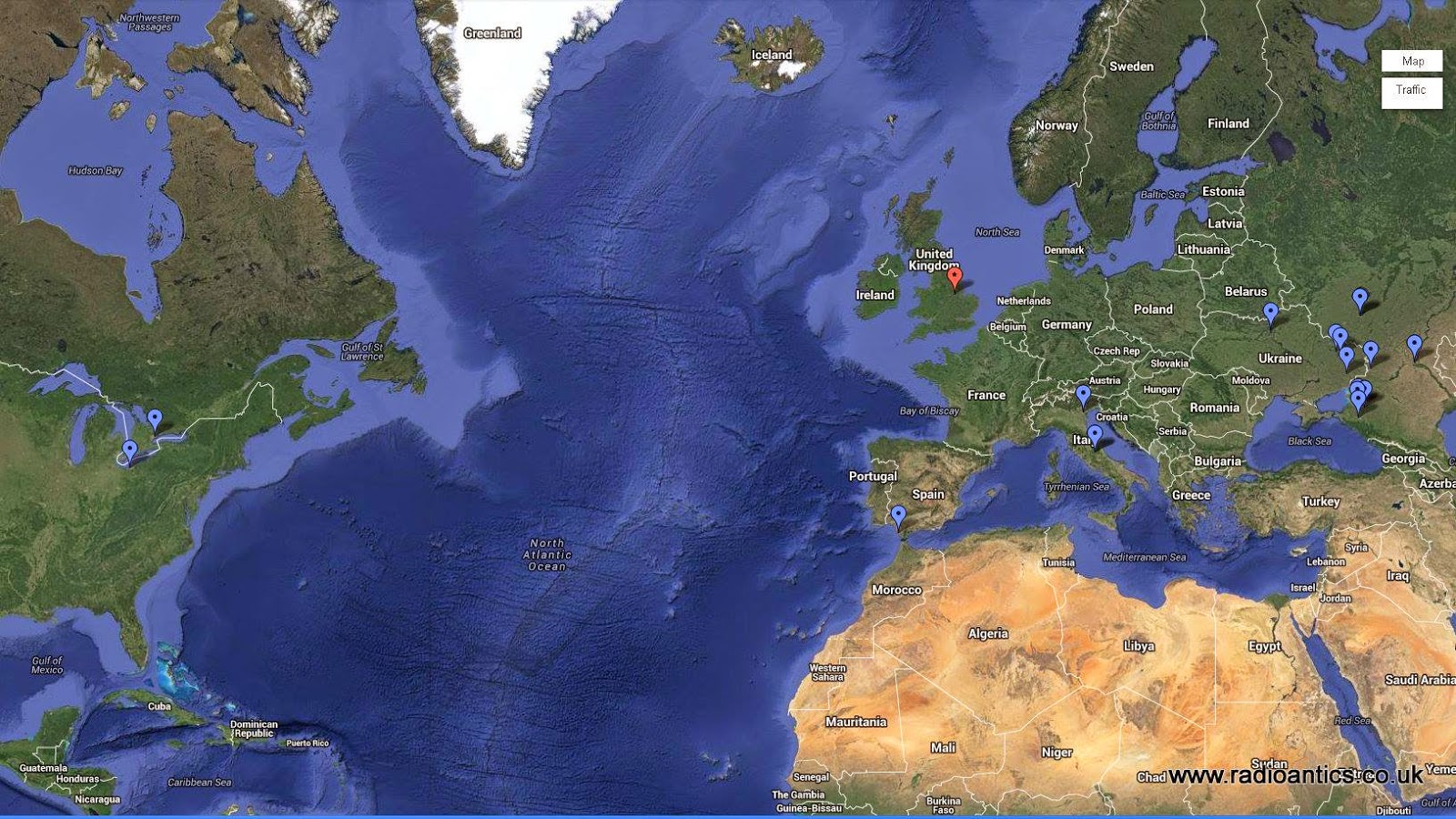