For the last couple of years, I’ve done at the post at the end of the year thinking about the highlights (and the occasional low light!) of the year from a very personal amateur radio perspective. 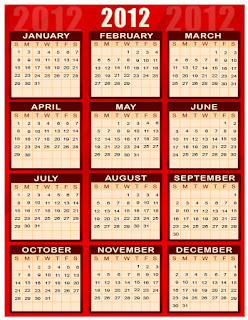 1. 70MHz
Four metres was a real star band for me in the summer and I found more openings than ever before. Having the new Spectrum transverter made things a lot easier and despite having only a simple aerial, I was very pleased with the results. A couple of gotaways, like SV8CS and an EA8. But there’s next year…

2. 50MHz
Lots of six metre openings too and I was particularly thrilled to make several transatlantic QSOs – no big deal you may say, but this was all on the vertical antenna.

3. Datamodes
I started to use JT65A heavily at the end of last year, but with the new G4ZLP interface that I bought at the start of the year, JT65 and the other WSJT modes have been in almost constant use here. I find the modes both extremely efficient and enjoyable to operate. CW and SSB activity has diminished quite substantially here this year.

WSPR too has been immense fun and I have devoted more time to it than before. 7 and 28MHz have been my favoured bands and it’s been fun to have reports from all the way around the world using no more than 1 Watt.

4. SDR
2012 was the year of RTLSDR and what a lot of fun I had! Although the cheap USB dongles are not the most sensitive, I have been surprised and delighted about what they can do. Probably the best use of them so far, for me, has been the Virtual Radar applications which up until now has been the preserve of the expensive, bespoke equipment.

SDR# even on a cheap USB dongle has given me a taste of what can be done and I shall look forward to trying out more advanced SDR technology in due course.

5. PZTLog
I’ve been excited to start to use Charlie M0PZT’s PZTLog program. It’s an excellent piece of software and I’ve particularly enjoyed the Datamodes and JT65 integration capability. Charlie is constantly updating the software – I even noticed a new release on Christmas Day. There’s dedication!

6. Cheap and cheerful equipment
Both the Baofeng UV-3 and UV-5 144/432MHz handhelds arrived this year and have proved a lot of fun, for a combined investment of under £50. Simply, you can’t go wrong.

7. AM
I was fascinated to listen to some 27MHz AM signals in the late summer which led me to wonder about what I would hear on 29MHz. Sure enough there were some fascinating stations to listen to and a handful of contacts. What a surprise to learn that as well as using old ‘boat anchor’ type gear, some people were using state of the art SDR rigs to generate their AM signals. Very nice they sounded too!

9. DSTAR: DCS reflectors
On D-STAR, the arrival of the DCS reflectors brought new resilience and quality, I felt. Some of the innovation was quickly applied across the D-STAR network resulting in less ‘black holes’ and better qualityQSOs.

10. Remote control
Although it’s as simple as using my iPad across the WiFi network at home to control the PC in the shack running the JT65-HF software – remote control has been brilliant and has resulted in a good number of QSOs in the evenings when I’ve been sat downstairs on the sofa! Highly recommended!