The Fredbox was my design for a 10mW AM transceiver for 2m use back in the 1970s. It was rebuilt a few years ago and a 6m version was spun off. The same basic approach would work on 10m and 4m too, but I have not completed versions for these bands.

Even 2m 10mW AM was enough to work across the English Channel handheld on 2m and the 2m Fredbox made several 60 mile handheld QSOs . For quite a while it was used to natter across town in Cambridge. The Fredbox was named in honour of local Fred G8BWI back in the 1970s.

The Fredbox and Sixbox have appeared in G-QRP SPRAT and in Practical Wireless mags. The schematics also appeared in several foreign language magazines too. The circuits are basic and certainly capable of being improved. 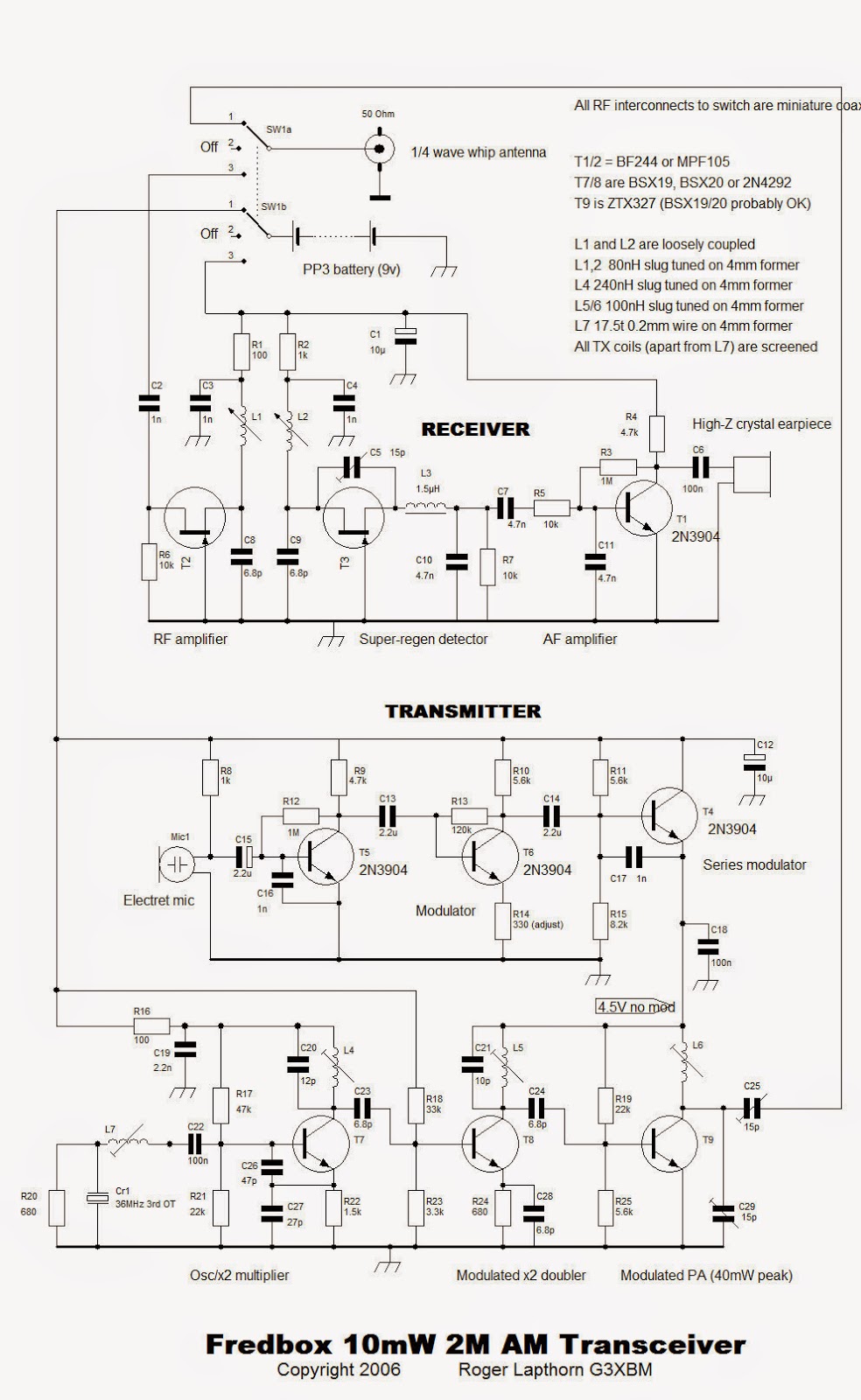 Roger Lapthorn, G3XBM, is a regular contributor to AmateurRadio.com and writes from Cambridge, England.

One Response to “Fredbox schematic”