Inspired by Roger, G3XBM’s 50MHz WSPR experiments, I decided that a wet bank holiday was just the time to see what I could do. Es has been quiet today, so I thought some WSPR would be fun to see if any weak signals would make it through.

A few days ago, I noticed a post mentioning a new version of WSPR, WSPR-X which can be downloaded at K1JT’s site Realistically, as the main improvement seems to be the addition of WSPR-15, mainly for VLF, I wasn’t sure whether there would be any major changes.

As it turns out, the user interface is a bit more modern, folllowing the WSJT-X design.

I downloaded it and installed it and could see noise being received. I set it up to transmit and was surprised when G8JNJ and G8JNJ/A, 80km away or so did not copy my transmission. I tried again, still no. Then I remembered that when I first played with WSJT-X, I couldn’t get anyone to copy me, until I switched the output audio device driver to Direct X. I did that and immediately, I was spotted! Not really sure why – but pleased that it works ok.

So far, nothing decoded – although actually, I am seeing G3XBM and G0LRD’s transmissions. The screenshot shows one of Roger’s transmissions, with a huge amount of Doppler from a passing aircraft. 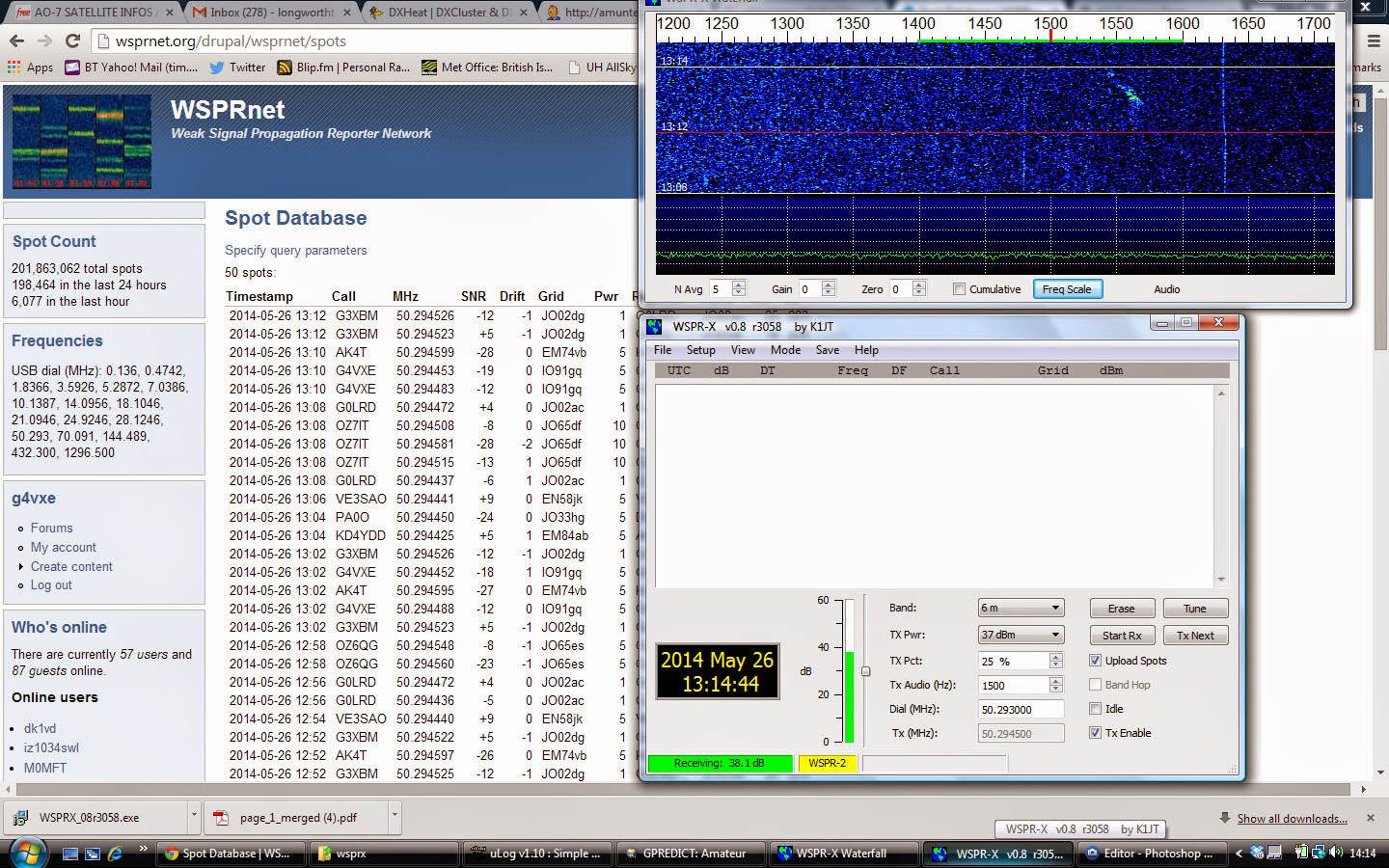