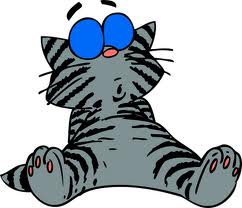 Last week at VE3WDM the radios were off all week as we had relatives visiting from England.  Julie and I took the week off to take them touring it was traveling each day and resting during the evening. This week I have been able after dinner to get on the radio for about an hour each night. I was not expecting much as the solar conditions have gone downhill. The sunspots along with the flux are now in the single digits.
The last two days on the radio
Monday's events
1) HF2012EFC  On 20m  contact made with 5 watts  (special event station during the European Football Championship)

2)  HA6OA  On 20m contact made with 5watts. He was only S2 but using the Diversity receive option on the K3 along with the Audio Peak filter (APF) really helped.

On 17m I did have a very good copy on CO8LY from Cuba so I gave him a go with 1 watt.....but nothing. I eventually rolled the power up to 5 watts but he was still unable to hear my signal. Funny how Poland and Hungary  were no trouble with 5 watts but Cuba was a no go for me this time.
I also heard 6Y5WJ from Jamaica again on 20m but there was a huge pileup waiting to contact him so I moved on.

Tuesdays events
1) HA6OA  On 20m was heard again but this time I reduced my power to 1 watts and gave him a go. With a solar flux of 94 and sunspots at 14 I thought..."what the heck" He came back to me on the first call and that gave me 4463 miles per watt contact.

2) SP3GXH on 20m this time I was feeling giddy from my last QRP contact so I dropped my power down to 500mW's and tried my luck!! He came back to me on my first attempt and that made it 8338 miles per watt contact.

I was only able to make 2 short contacts as I got home late from work and lots had to be done at home before any radio time so it was late and I do have to get up early so I pulled the plug for the night. It was good to know that even with the disappointing propagation I was still able to make at least one QRPp contact. My Hendricks 41dB attenuator kit has not come in as of yet but when it does I am going to go for contacts with less than 100mW's and see how that works out for me.