In June my club South Kesteven Amateur Radio Society (SKARS) will be operating a special event station at the Swaton Vintage Day held at Thorpe Latimer in Lincolnshire.

The 2015 Swaton Vintage Day will also host the 10th World Egg Throwing Championship  and in recognition the special event station will have the call sign GB2EGG. This popular annual show raises money for local, national and international good causes.

Egg Throwing is recognised by the English Sports Council and the sport is taken very seriously by some competitors. Hundreds of competitors from Europe and around the world are expected to compete this year. Last year’s event attracted teams from Germany, Slovenia, Hong Kong and Brazil.

While planning the special event station I jokingly suggested throwing an egg in to space on board a balloon, I shouldn't have yoked as it is now a serious project. The idea coming from Dave Akerman's Spudnik flight for Heston Blumenthal’s Channel4 television program.

Subject to Civil Aviation Authority clearance and weather conditions I will hopefully launch a high altitude balloon carrying one lucky egg into the edge of space and then dropping it back to earth under a parachute. In addition to the plucky Eggstronaut the balloon I have called Eggsplorer-1 will carry a radio transmitter to broadcast its position, altitude and live images of the journey back to earth.

On board cameras will record the journey to be recovered on a successful return to Earth. Radio enthusiasts all around the country will be able to assist receiving the data and pictures and track the progress of the flight via the UK High Altitude Society tracking website.

More details and progress will be posted on here and on the Eggsplorer-1 website  and you can follow developments on twitter @eggsplorer1South Kesteven ARS welcomes anybody with an interest in radio communications, so if want to be involved in this and other events like this please visit us at the show or visit the South Kestevan ARS website and on twitter @M0SKR

I have already begun development of the payload, unlike the moth-balled NERD-1 payload this one will use one of the Raspberry Pi boards since I want to transmit SSDV images live and it supports its own specially designed camera modules. NERD-1 will still fly as a backup tracker.

Dave Akerman (M0RPI) and Anthony Stirk (M0UPU) have developed the Pi-In-The-Sky ready made boards and the design and software are open-sourced, using this as a starting point together with Phil Heron's (MI0VIM) SSDV software I quickly had a prototype dubbed NERDPI running. 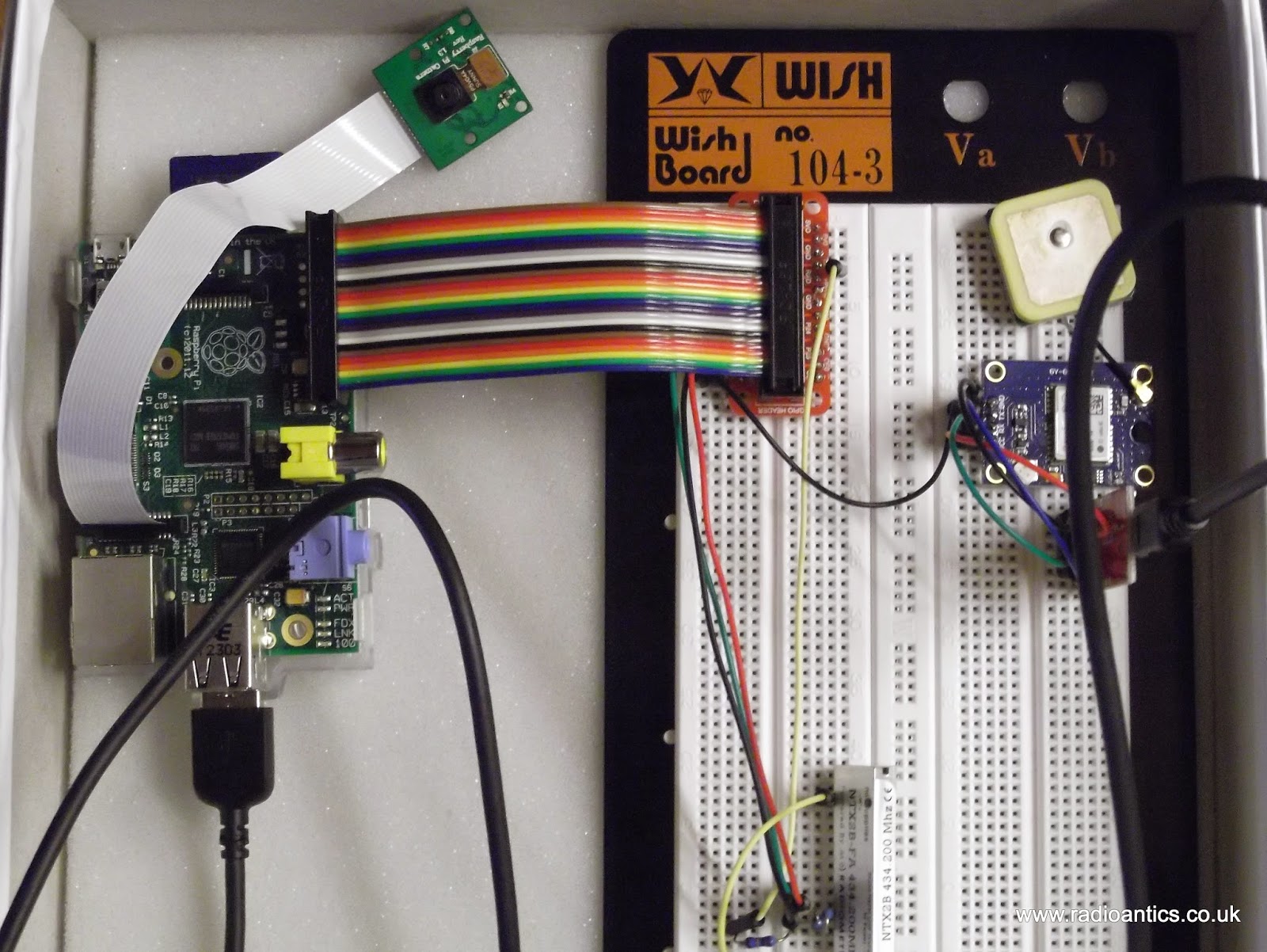 I did have an issue since the GPS module I currently have only outputs serial data so had to use one of those small TTL USB-Serial adapters and spun some of my own code to get the data out and was soon successfully decoding my own transmissions from the shack and uploading them to the Habhub system. 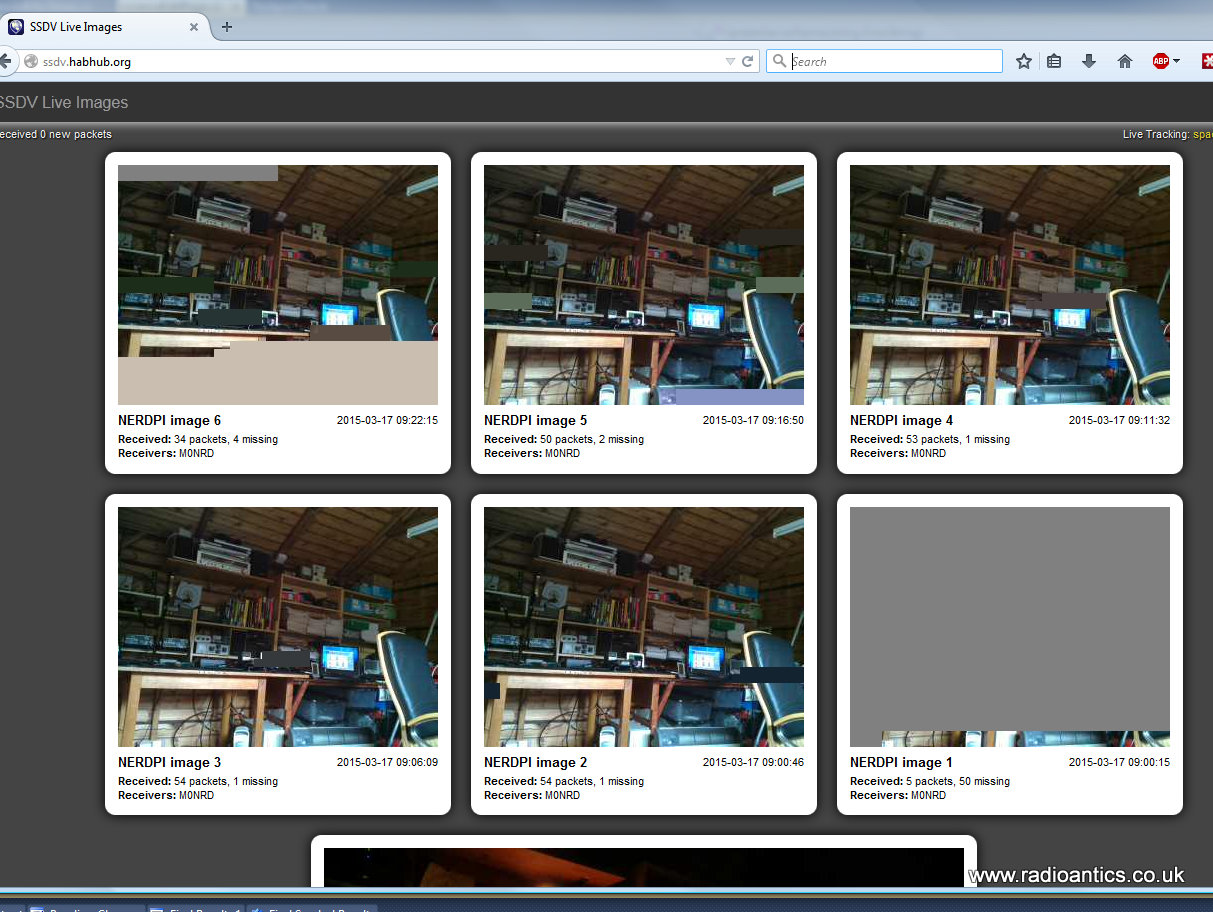 Today has seen the spectacular partial solar eclipse here in the UK, during the eclipse several HAB flights were launched to try to capture images above any cloud cover (details here)  Fellow SKARS members and members from the Grantham ARC were keen to decode the SSDV images themselves as the BBC Stargazing Live balloons were flying from nearby Leicester.

So on Wednesday I did a talk and demonstration to show how to track and decode the images, it was well received and I uploaded pictures of the audience to the system. 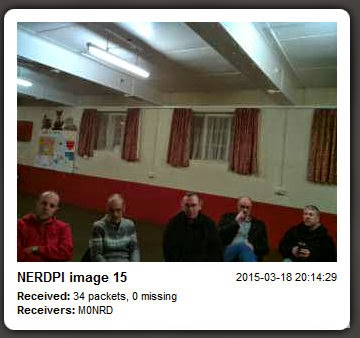 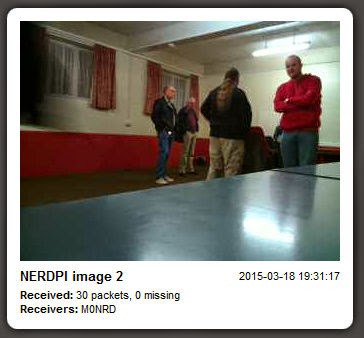 Unfortunately technical issues prevented live images from the Stargazing HABs being transmitted but I was able to decode some images from the University of Southampton OLAF payload They were only lo-res but still pleased to get decodes here it was a good distance from me.

Here in Newark the sky was beautifully clear so the eclipse was visible and spectacular, where OLAF was flying was covered in cloud, so the mission was a success. 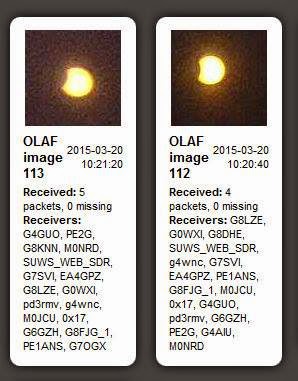 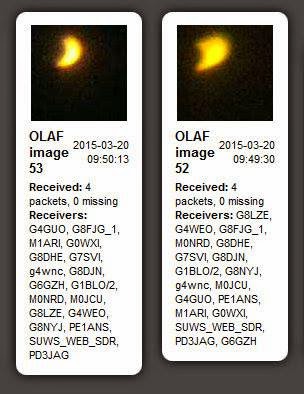