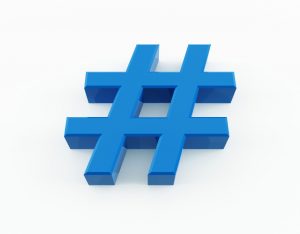 If you want to spark a conversation at your next social event, ask everyone the proper name for this symbol: #. Most North Americans will probably say pound sign or perhaps number sign. It helps to have an international audience, since a person from the UK will likely call it the hash symbol. Lately, the world of Twitter (and other social media) has made extensive use of # to tag keywords, referring to it as the hash mark used to create hashtags. A musician might claim that it is the sharp symbol from musical notation but closer examination reveals that the sharp symbol is quite different.

The AT&T engineers working on the original DTMF system adopted the name Octothorpe for this symbol. There are various explanations and anecdotes that have developed over the years concerning how this happened. Various forms of spelling show up in the literature (octatherp, octothorp, etc.). Doug Kerr’s story is particularly interesting and available on the internet (see below). There are US Patents that use the word “octothorp” to refer to the # symbol. Patent number 3920926 uses “octothorp” for # and “sextile or asterisk” for the * symbol. The term sextile never caught on at all.

For amateur radio usage (North America bias), I hear mostly pound for # and star for *. I suspect that will not change any time soon.

The post Don’t Pound My Octothorpe appeared first on The KØNR Radio Site.

2 Responses to “Don’t Pound My Octothorpe”