Doctor and patient are doing fine

19 February 2016 | by Larry W2LJ  |  Share |  Tweet |  Leave a Comment (6)
A few days ago, I went out to the car as I usually do, for some lunchtime QRP.  In my haste to get everything put away after I was done, I inadvertently knocked the external battery off the car seat onto the floor. The KX3 started to move, as it was still attached, but a quick hand stopped it, and all was well. Or so I thought. 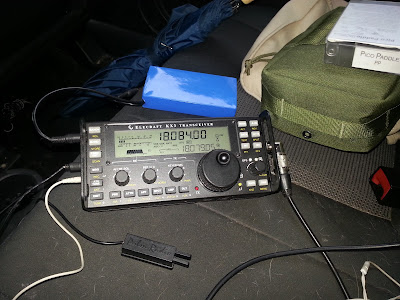 Gear on the backseat of the Jeep.
Yesterday, I went out again, and this time the KX3 wouldn't turn on. No problem, I thought to myself, the battery was probably on its way out, as it has been a while since I have given it its last drink.  So last evening, while I was attending a CERT class on animal handling during declared emergencies, I had the battery plugged in at home, charging.

When I got home, around 10:00 PM, I tried reconnecting the battery to the KX3 to see if everything was OK.  Still no sign of life - my KX3 was still flat lining..  Hmmmmmm ........ could the battery have gone totally bad?

I carried the radio down to the shack 13.8V power supply.  Viola!  It turned on!

And then immediately turned off. 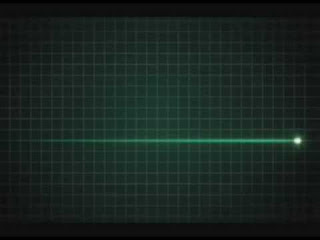 I dread sending stuff out for repair.  Don't know why, I just do.  I was in the professional photographic electronics repair biz for over 20 years. I have fixed studio strobes costing well over $12,000.00.  I have taken apart digital camera backs that cost more than a Mercedes Benz. I have stared down banks of charged capacitors storing up enough electrons to supply 6,400 Joules of energy in one pop - certainly I should be able to figure out a relatively minor KX3 repair? Right?

I rolled up my sleeves and got down to it.  Obviously, this was a power problem.  But why was the rig shutting down so quickly?  Internal short?  Bad connection somewhere? Then I noticed that if I wiggled the power plug a certain way, the radio would stay on.  My mind immediately flashed back to the battery falling incident from the other day.  I must have done something to the power socket. 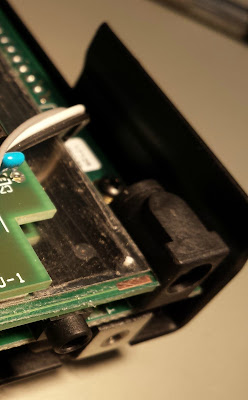 The power socket is the black, boxy thing to the right.
The advantage of building the KX3 (if that's what you want to call it) is that you know how it goes together, so you're not frightened at the prospect of taking it apart.  You've seen it in all its naked glory and you lovingly put it together at least once, right?  So what's the big deal in taking it apart?

Well, when you built it roughly five years ago, some of the finer details of how it went together get muddled up in the old memory banks.  That's why it's good to never toss the build manual!  Within about 5 -7 minutes I had it apart and had the display circuit in my hand.  A little extra light and a lot of extra magnification from a magnifying glass confirmed my suspicion.

The power socket is a surface mount device, just about like everything else on that display/control circuit board. The weight of the battery tugged the socket enough to unmoor it from its assigned, tinned pads.  When I would wiggle the connector "down" towards the circuit board, everything worked.  As soon as I let downward pressure go, the connector would break contact from the circuit board again and the radio would appear dead.

I ran upstairs for a pair of scrubs and to wash my hands to prep for surgery. NO! Just kidding! 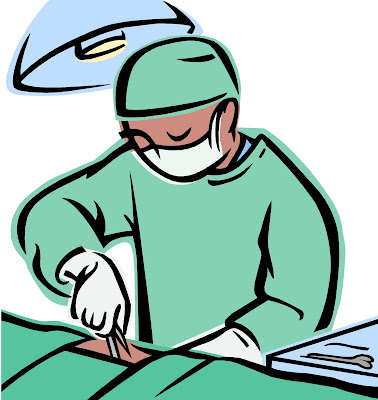 I changed my soldering station tip to the skinniest one that I have for when I work on SMD devices and I re-soldered that connector onto its pads. I took great care to add just a little "extra" solder just to make sure the connection is good, solid and won't come apart so easily in the future.

I hastily (I'll get back to that in a minute) put everything together and fired the radio up. Fixed! Problem solved! High fives and happy dances all around!

I chased KH7Y in Hawaii who was absolutely booming into NJ on 15 Meters, but could not make myself heard. Just goes to show, you can't win them all!

6 Responses to “Doctor and patient are doing fine”