Well this morning saw the launch of the numerous satellites from the Dnepr rocket including Funcube-1, and this morning saw the first passes over the UK. Like many others I eagerly sat in front of my computer awaiting the chance to decode the telemetry. However I was doing it remotely using a VNC connection as I was in work...

Sure enough at 10:21 the pass started and a nice strong signal appeared on the waterfall and the FUNCube dashboard sprang to life. I managed 29 packets on the first pass!


However I noticed another CW signal further up the spectrum which seemed to be on the edge of the FUNCube transponder allocation (145.950MHz) I went to twitter and asked if FUNCube-1 was transmitting a CW beacon? Peter 2E0SQL thought it might be another satellite. 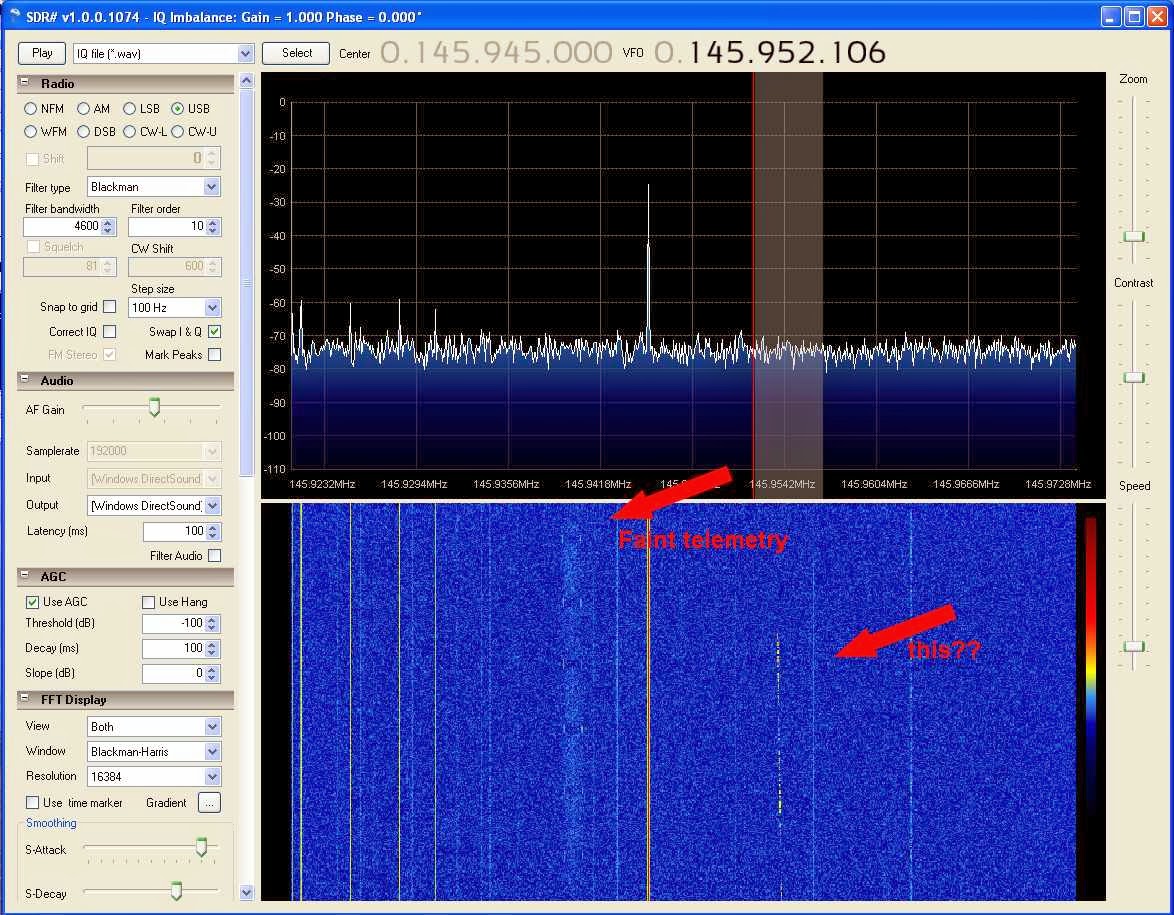 I had captured the pass as an IQ file, and set about trying to decode the CW. I had several attempt using fl-digi remotely but chasing a fast moving doppler on a laggy remote connection wasn't good but I seemed to repeatedly get ***ISTAN.

On the next pass the same thing happened, this time I got the word CUBESAT several times..

The signal had the same doppler shift as FUNCube-1 so was from the same launch constellation and a quick check and I spotted ICube-1 the first cubesat launched by Institute of Space Technology in Pakistan.. which was listed as broadcasting on 145.947MHz using AFSK.

It must be.. ***ISTAN... CUBESAT.... So I sent them a message on their Facebook page and they confirmed that at this stage of the mission they were indeed supposedly broadcasting a CW beacon and what I decoded was part of the message!

Khurram project manager of ICube-1 said "Thanx Andrew ... your message was a great relief for us"

First Signal has been received from ICUBE-1 in UK ... Alhamdulillah the ICUBE-1 mission is successful ... Congrats everyone. Satellite will pass over IST around 9:30 pm today

So it seems lowly M6GTG may have made the first signal report confirming Pakistan's first successful cubesat deployment!

I am grinning madly at the moment!