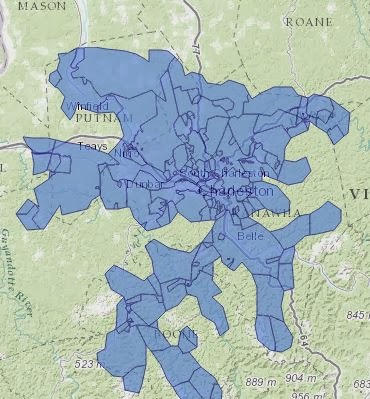 I heard “nothing” on the national news this evening about the water situation here in the valley. Despite that, the water is still unsafe to drink in a few areas, and the “all clear” has been rescinded in the outlying areas of several distant towns. I fear this disaster will be forgotten quickly by the news media.

Nursing or pregnant mothers are advised NOT to drink the water, and several towns are under a “boil the water” advisory. Flushing the chemicals from 600 miles of water pipes has been a very slow process. Many towns are still passing out bottled water because the faint smell of “licorice” is still apparent in their water. Marilyn and I are using the tap water for washing clothes, and washing dishes; but we’re still NOT drinking it because of the faint lingering odor still oozing from our faucets.

There’s been 50 million plastic bottles of water distributed in this area now and we plan to drink “only” bottled water for at least another week.

This issue has NOT been resolved as far as I’m concerned. When I can comfortably drink from the faucet again, and only then, will I feel things have returned to normal.

Tomorrow a friend and I will drive to the city of Ravenswood to visit a radio friend who is a great CW operator. He has several different “keys” in his shack. I’m looking forward to the change of environments, fresh air, and clean water.