Congratulations to Logbook of the World 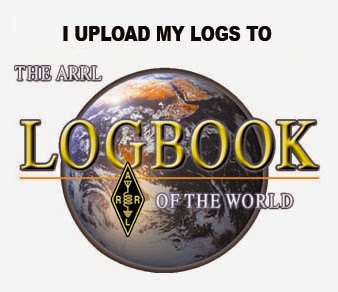 Congratulations to the ARRL Logbook of the World (LOTW) which just reached 100 million confirmed contacts. This is the same as an impressive 200 million QSL cards out of about 630 million uploaded contacts on LOTW.

LOTW was established way back in 2003. This was only 2 years after I got my license. Since I have never enjoyed much to fill in QSL cards I embraced LOTW very quickly. I have to say though that I will of course respond with a paper QSL for those who ask for one.

But LOTW has been my primary means of confirming contacts for a decade. My DXCC was confirmed with LOTW. 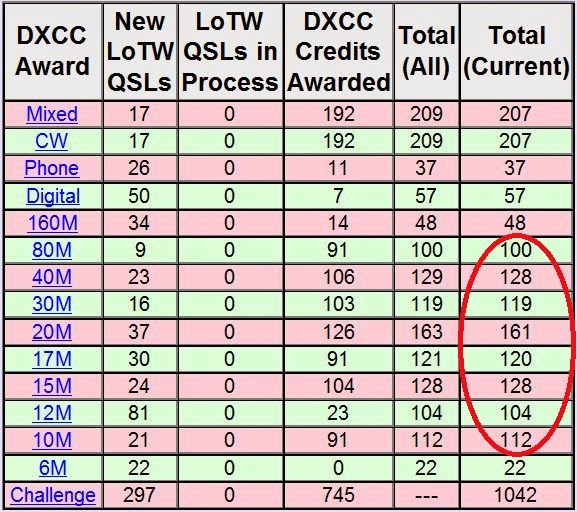 Now at the same time that LOTW is celebrating 100 millions confirmations, I am celebrating 8 bands with 100 or more contacts all confirmed via Logbook of the World. This is on all bands from 3.5 to 28 MHz. This has been my goal for many years. The last confirmation came from the TC0A contest station in Turkey on 80 m after last month’s CQ World Wide CW contest.

I consider myself lucky to have reached 100 confirmations even on the elusive 12 m band which we all know will shut down soon not reopen again until the next solar maximum in about 11 years time.

But as the saying goes “The journey is the reward“, so what to do next as a radio amateur?

3 Responses to “Congratulations to Logbook of the World”